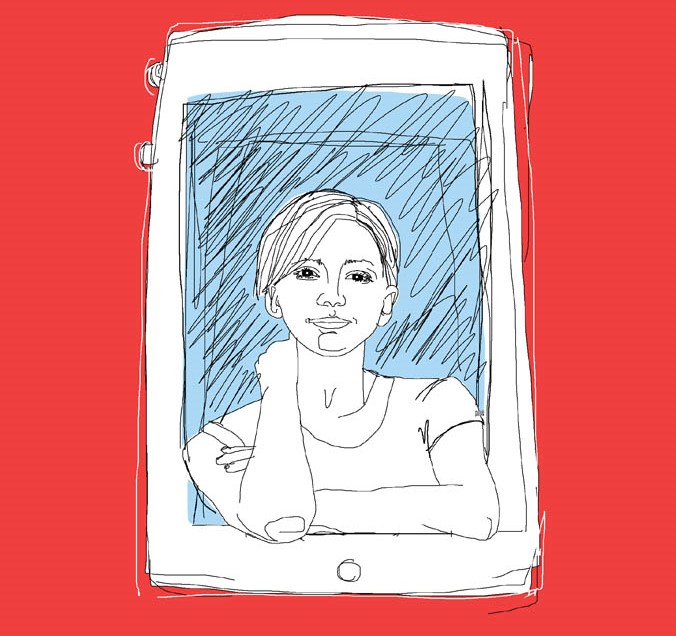 By the third week of January, some resolutions set for the new year may already have been tossed aside. Maybe this won’t be the year to meditate every morning or abstain from carbs after all. Fortunately, the technology acquired for fitness goals can be repurposed for relationship work that might ultimately have a bigger impact on well-being. And if your resolution was to spend more time connecting with people and less time staring at your phone, you can push your tech to help with that too.  Below are several examples discussed in my new book, Left to Our Own Devices, about unexpected ways that people use technology to enhance their relationships and health.

So what to do with the devices intended to help us become our ideal selves? Take the smart scale, which purports to motivate by trending weight or body composition and sending motivational messages. Several individuals who I interviewed used scales for something other than pursuing physical perfection. One man received an email from his scale that congratulated him for losing 15 pounds.  He knew he hadn’t lost weight and deduced, because it was only 15 pounds, that his house guest, a woman who was at least 40 pounds lighter than him, must have a new man in her life. He had been wanting to become better friends and saw an opportunity in this data breech. He sent her a joking email congratulating her on her new relationship. They teased each other about the scale, the mystery of who might have stepped on it and the idea that weight loss might not be such a bad idea – precisely the playful, friendly conversation he was seeking.

As we enter 2019, headlines have urged us to reduce screen time. This is the new resolution. If your goal is to improve your relationships, I contend that it makes more sense to focus on how you use tech than how much you use it. My perspective has been shaped by over 15 years of interviewing people about how technology fits into their lives, and observing ways that some individuals enhance their relationships through subtle adaptations of tech. Some of these are very simple shifts in the use of commonplace apps and devices.

I was impressed by one woman who squeezed games of Words with Friends between business meetings and family obligations. She was not playing to kill time but to draw a relative back into the family fold. Due to acute social anxiety, he had been withdrawing from family events – even if he attended a gathering, he rarely spoke. In the game, his desire and skills for social connection was obvious. He matched her every word and they often had a dozen or more games going in parallel. She spoke of his verbal prowess to others in the family, which elevated his reputation and spurred others to join him online.  It is often the case that games can strengthen a connection between players, typically as a byproduct of a desire to play or win. But here closeness was the motive and playing provided helpful social support.  Individuals struggling with social anxiety have similarly drawn on the structure of Pokémon GO to find a comfortable entry to conversation. For them, the points are not the goal, just a means to social interaction that is otherwise fraught with difficulty.

We can learn something from these adaptations.  By creatively tailoring tech to our objectives we get more than freedom from distraction. We find better ways to take better care of ourselves and others.

Adapted from: Left to Our Own Devices: Outsmarting Smart Technology to Reclaim Our Relationships, Health, and Focus by Margaret Morris, The MIT Press, 2019.