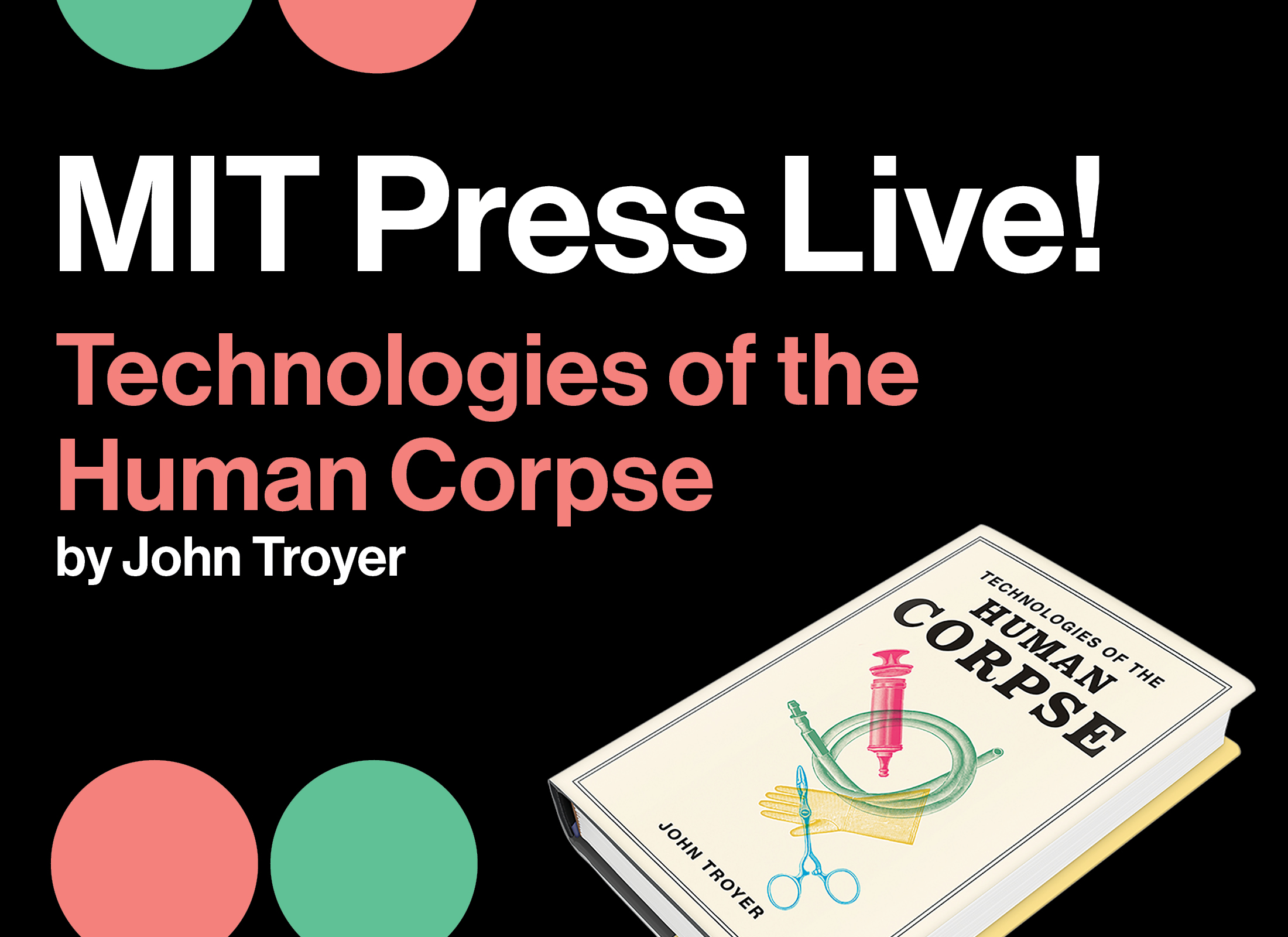 Death and the dead body have never been more alive in the public imagination—not least because of current debates over modern medical technology that is deployed, it seems, expressly to keep human bodies from dying, blurring the boundary between alive and dead. In Technologies of the Human Corpse, John Troyer examines the relationship of the dead body with technology, both material and conceptual: the physical machines, political concepts, and sovereign institutions that humans use to classify, organize, repurpose, and transform the human corpse. Doing so, he asks readers to think about death, dying, and dead bodies in radically different ways.

Troyer explains, for example, how technologies of the nineteenth century including embalming and photography, created our image of a dead body as quasi-atemporal, existing outside biological limits formerly enforced by decomposition. He describes the “Happy Death Movement” of the 1970s; the politics of HIV/AIDS corpse and the productive potential of the dead body; the provocations of the Body Worlds exhibits and their use of preserved dead bodies; the black market in human body parts; and the transformation of historic technologies of the human corpse into “death prevention technologies.” The consequences of total control over death and the dead body, Troyer argues, are not liberation but the abandonment of Homo sapiens as a concept and a species. In this unique work, Troyer forces us to consider the increasing overlap between politics, dying, and the dead body in both general and specifically personal terms.

John Troyer is Director of the Centre for Death and Society and Associate Professor in the Department of Social and Policy Sciences at the University of Bath. He grew up in the American funeral industry.