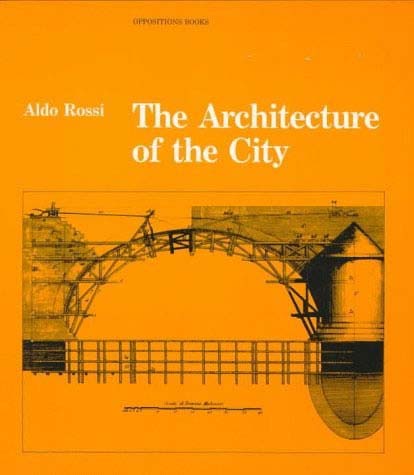 We’re two weeks into our 50th anniversary series! Day 14’s post brings us into the ’80s.

1982: The Architecture of the City by Aldo Rossi

“Written…at a time when the Italian student movement had just begun and interdisciplinary design methodologies enjoyed popularity, [The Architecture of the City] was one of the first major reassessments of the Modern Movement. In contrast to Robert Venturi’s Complexity and Contradiction in Architecture, appearing in the same year, Rossi’s critique focuses not on the sterility of forms or the rejection of stylistic imagery in modern architecture, but rather, as the title suggests, on the neglect and destruction of the city, the repository of ‘the collective memory of man.’…Perhaps most important to Americans, who face a resurgence of idiosyncratic and highly personal designs, is Rossi”s emphasis on the collective, the public realm. He reminds us that individual reputations and accomplishments are less important than our cities themselves.”

Professor Luca Ortelli explores this topic further in his University of Miami Symposium:“The Architecture of the City According to Aldo Rossi: Texts and Projects.” 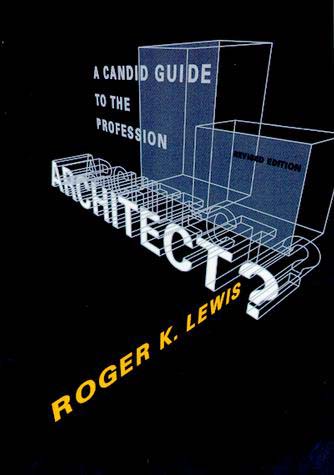 1985: Architect? A Candid Guide to the Profession by Roger Lewis

Roger Lewis, author of Architect?, reflects on the book:

In 1983, I began writing the manuscript for the first edition of Architect?: A Candid Guide to the Profession, published in 1985. A revised edition appeared in 1998, and today I am working on a further revised third edition. Japanese, Korean and Spanish editions also have been published. The book is written for anyone interested in studying architecture or in learning the inside story of the profession.

I never expected the book to keep selling for so many years, especially given changes in technology, architectural education, methods of design and areas of professional interest. Yet, much of what the book says about how architects are taught, how they think, and how they contribute to society and culture has not changed.

During the 27 years since Architect? first appeared, I have received letters, phone calls and emails from countless readers, mostly students, expressing appreciation for the book. They told me how much the book helped them make life-changing career decisions by enabling them to better understand the architectural profession. Having read the book, many readers have chosen to pursue or continue pursuing architecture. But some decided otherwise, evidently swayed by the realities candidly described in the book, especially chapter two, “Why Not To Be An Architect.”

Hearing from readers has been one of the greatest rewards for me in writing this book. But there is one other reward. Creating a new edition, while a challenge and a chore, is an opportunity to revisit my own experiences and beliefs. It means learning anew to be able to add new facts and commentary. And it means reconsidering not only the substance of what I have previously written, but also how it is written. My goals today are the same as in 1983: to ensure that Architect? continues to be thought-provoking, informative and enjoyable to read.