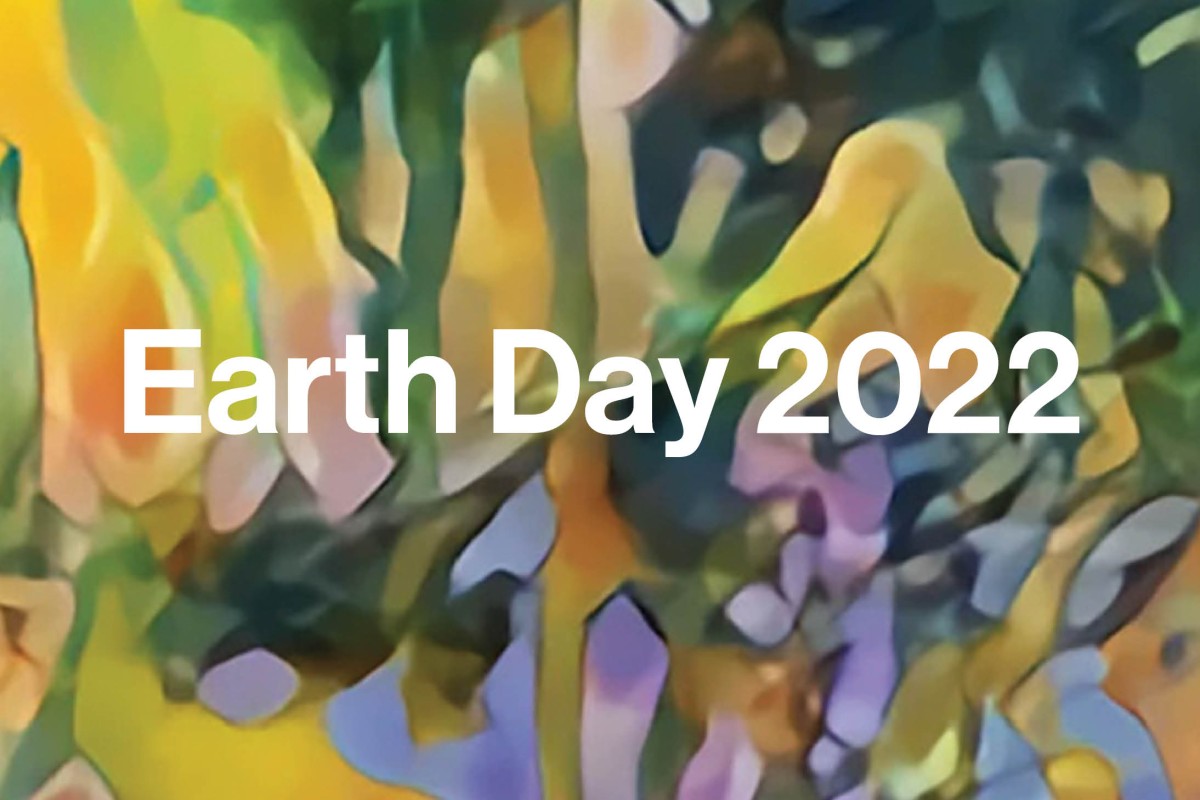 Highlighting the intersection between science, technology, and sustainability

April 22nd marks Earth Day, giving us an opportunity to look at our world through a more environmentally-conscious lens. Earth Day was founded in 1970 as a way to mobilize people worldwide to take action to restore our planet. The public efforts of that very first Earth Day had long-reaching ripple effects over the years to come in the United States and around the globe, resulting in the emergence of sustainability projects like the United States Environmental Protection Agency, the Clean Air Act, the Clean Water Act, the Canopy Project, and many other significant projects aiming to protect our communities.

Earth Day 2022 centers on the theme Invest in Our Planet, calling for individuals to “act (boldly), innovate (broadly), and implement (equitably).” In celebration, we have compiled several collections that address these areas—and today, in our first piece in the series, we focus on “innovating broadly.” These books below explore how cutting-edge technology—such as artificial intelligence, nuclear power, and carbon capture—can be used to confront climate change and help secure a more sustainable future.

Explore the second and third collections in our series, and read more below.

In nature, there is little chemical waste; nearly every atom is a resource to be utilized by organisms, ensuring that all the available matter remains in a perpetual cycle. By contrast, human systems of energy production and manufacturing are linear; the end product is waste. In Brave Green World, Chris Forman and Claire Asher show what our linear systems can learn from the efficient circularity of ecosystems. They offer an unblinkered yet realistic and positive vision of a future in which we can combine biology and manufacturing to solve our central problems of waste and pollution.

“An exciting and original contribution to the discussion around sustainability.” —Physics World

Drones with night vision are tracking elephant and rhino poachers in African wildlife parks and sanctuaries; smart submersibles are saving coral from carnivorous starfish on Australia’s Great Barrier Reef; recycled cell phones alert Brazilian forest rangers to the sound of illegal logging. The tools of artificial intelligence are being increasingly deployed in the battle for global sustainability. And yet, warns Peter Dauvergne, we should be cautious in declaring AI the planet’s savior. In AI in the Wild, Dauvergne avoids the AI industry-powered hype and offers a critical view, exploring both the potential benefits and risks of using artificial intelligence to advance global sustainability. Is there a way to harness the power of AI for environmental and social good? Dauvergne argues for precaution and humility as guiding principles in the deployment of AI.

“This book is a must-read for anyone interested in the global impact of using AI and how those who wield it have the potential to shape our world’s environment for the better.” —Engineering & Technology

Growth: From Microorganisms to Megacities by Vaclav Smil

Growth has been both an unspoken and an explicit aim of our individual and collective striving. It governs the lives of microorganisms and galaxies; it shapes the capabilities of our extraordinarily large brains and the fortunes of our economies. Growth is manifested in annual increments of continental crust, a rising gross domestic product, a child’s growth chart, the spread of cancerous cells. In this magisterial book, Vaclav Smil offers systematic investigation of growth in nature and society, from tiny organisms to the trajectories of empires and civilizations. The trajectory of modern civilization, driven by competing imperatives of material growth and biospheric limits, Smil tells us, remains uncertain.

The growing movement toward corporate social responsibility (CSR) urges corporations to promote the well-being of people and the planet rather than the sole pursuit of profit. In Extracting Accountability, Jessica Smith investigates how the public accountability of corporations emerges from the everyday practices of the engineers who work for them. Focusing on engineers who view social responsibility as central to their profession, she finds the corporate context of their work prompts them to attempt to reconcile competing domains of accountability—to formal guidelines, standards, and policies; to professional ideals; to the public; and to themselves. Their efforts are complicated by the distributed agency they experience as corporate actors: they are not always authors of their actions and frequently act through others.

“Smith demonstrates that we cannot hope to comprehend some of the most pressing issues of our time—including corporate ethics, accountability, and agency—without nuanced attention to the lives and labors of engineers in the extractive industry.” —Douglas Rogers, Yale University; author of The Depths of Russia

We have all heard that there are no longer any places left on Earth untouched by humans. The significance of this goes beyond statistics documenting melting glaciers and shrinking species counts. It signals a new geological epoch. In The Synthetic Age, Christopher Preston argues that what is most startling about this coming epoch is not only how much impact humans have had but, more important, how much deliberate shaping they will start to do. Emerging technologies promise to give us the power to take over some of Nature’s most basic operations. It is not just that we are exiting the Holocene and entering the Anthropocene; it is that we are leaving behind the time in which planetary change is just the unintended consequence of unbridled industrialism. A world designed by engineers and technicians means the birth of the planet’s first Synthetic Age.

“This well-written and accessible book reminds us that humanity must accompany its ever-expanding technical prowess with a greater sense of responsibility of planetary proportions.” —Calestous Juma, Harvard Kennedy School; author of Innovation and Its Enemies

The Globalization of Clean Energy Technology: Lessons from China by Kelly Sims Gallagher

The development and deployment of cleaner energy technologies have become globalized phenomena. Yet despite the fact that energy-related goods account for more than ten percent of international trade, policy makers, academics, and the business community perceive barriers to the global diffusion of these emerging technologies. Experts point to problems including intellectual property concerns, trade barriers, and developing countries’ limited access to technology and funding. In this book, Kelly Gallagher uses analysis and case studies from China’s solar photovoltaic, gas turbine, advanced battery, and coal gasification industries to examine both barriers and incentives in clean energy technology transfer.

Energy innovation offers us our best chance to solve the three urgent and interrelated problems of climate change, worldwide insecurity over energy supplies, and rapidly growing energy demand. But if we are to achieve a timely transition to reliable, low-cost, low-carbon energy, the U.S. energy innovation system must be radically overhauled. Unlocking Energy Innovation outlines an up-to-the-minute plan for remaking America’s energy innovation system by tapping the country’s entrepreneurial strengths and regional diversity in both the public and private spheres. “Business as usual” will not fill the energy innovation gap. Only the kind of systemic, transformative changes to our energy innovation system described in this provocative book will help us avert the most dire scenarios and achieve a sustainable and secure energy future.

“Richard Lester and David Hart offer a thoughtful analysis about the special challenges of innovation in energy.” —Daniel Yergin, author of The Quest

Tackling climate change and improving energy security are two of the twenty-first century’s greatest challenges. In Climate Change and Global Energy Security, Marilyn Brown and Benjamin Sovacool offer detailed assessments of the most advanced commercially available technologies for strengthening global energy security, mitigating the effects of climate change, and enhancing resilience through adaptation and geo-engineering. They also evaluate the barriers to the deployment of these technologies and critically review public policy options crucial to their adoption.

“This book offers a level headed discussion of possible measures to abate greenhouse gas emissions and the economic, social, and political obstacles to adopting those measures.” —Foreign Affairs

Hybrid Nature: Sewage Treatment and the Contradictions of the Industrial Ecosystem by Daniel Schneider

Biological sewage treatment—like electricity, power generation, telephones, and mass transit—has been a key technology and a major part of the urban infrastructure since the late nineteenth century. But sewage treatment plants are not only a ubiquitous component of the modern city, they are also ecosystems—a hybrid variety that incorporates elements of both nature and industry and embodies multiple contradictions. In Hybrid Nature, Daniel Schneider offers an environmental history of the biological sewage treatment plant in the United States and England, viewing it as an early and influential example of an industrial ecosystem.

Nuclear Choices for the Twenty-First Century: A Citizen’s Guide by Richard Wolfson and Ferenc Dalnoki-Veress

Are you for nuclear power or against it? What’s the basis of your opinion? Did you know a CT scan gives you some 2 millisieverts of radiation? Do you know how much a millisievert is? Does irradiation make foods safer or less safe? What is the point of a bilateral Russia–US nuclear weapons treaty in a multipolar world? These are nuclear questions that call for nuclear choices, and Nuclear Choices for the Twenty-First Century book equips citizens to make these choices informed ones. It explains, clearly and accessibly, the basics of nuclear technology and describes the controversies surrounding its use, and offers readers an authoritative and unbiased guide to difficult questions.

“This book tells you everything you wanted to know about nuclear issues but may have been too overwhelmed to ask.” —Patricia Lewis, Director, The Royal Institute of International Affairs, Chatham House

The burning of fossil fuels releases carbon dioxide (CO2), and these CO2 emissions are a major driver of climate change. Carbon capture offers a path to climate change mitigation that has received relatively little attention. In this volume in the MIT Press Essential Knowledge series, Howard Herzog offers a concise guide to carbon capture, covering basic information as well as the larger context of climate technology and policy. Carbon capture, or carbon dioxide capture and storage (CCS), refers to a suite of technologies that reduce CO2 emissions by “capturing” CO2 before it is released into the atmosphere and then transporting it to where it will be stored or used. It is the only climate change mitigation technique that deals directly with fossil fuels rather than providing alternatives to them.