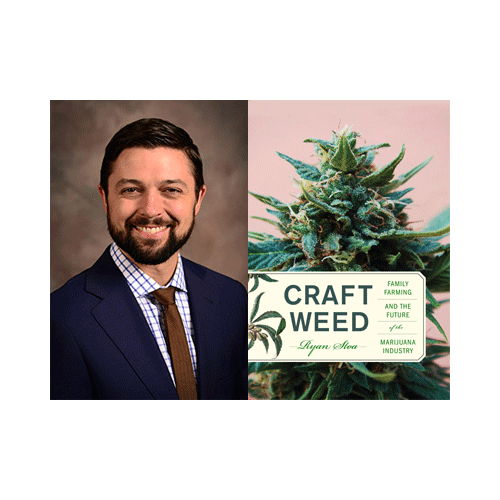 In Craft Weed, Ryan Stoa traces the history of American marijuana farming and gives us a glimpse into its possible future. Below, Stoa, Professor of Law at Concordia University School of Law, answers questions about recreational marijuana, genetics, and the law.

1. You explain in the book that Proposition 19, which would have legalized recreational marijuana and commercial cultivation in California in 2010, was rejected—and that only 40% of people in the communities where most marijuana is grown supported the measure. How do you make sense of this lack of support?

I believe many in the cannabis industry were concerned that the bill was poorly written.  In particular, many feared that an ambiguous legalization bill would allow mega-farms to take over and drive out the region’s many family farmers. 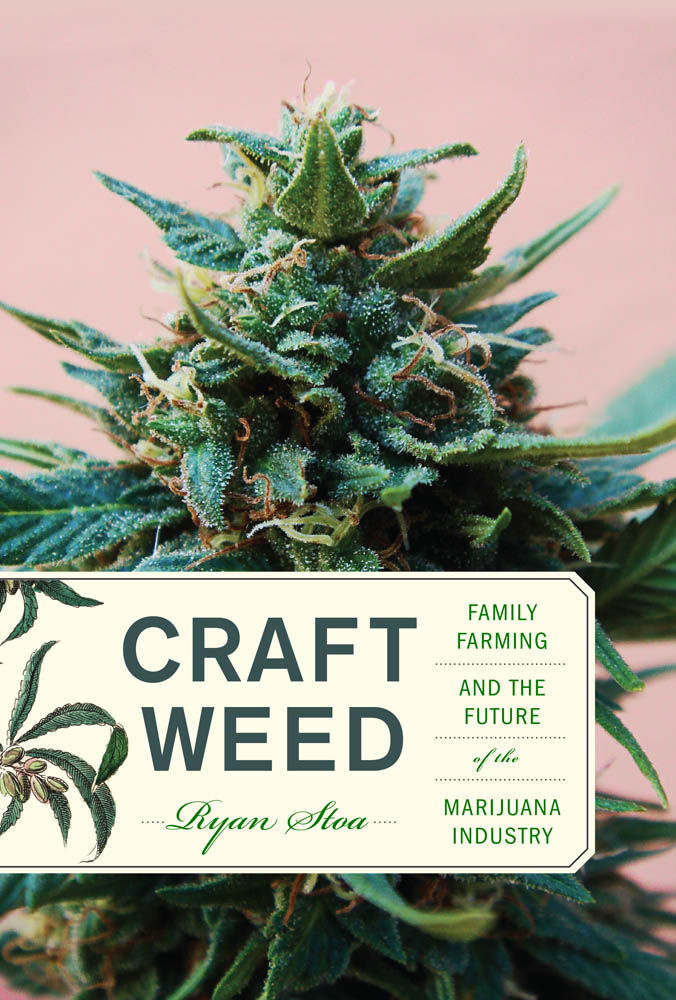 2. What was the role of cannabis in the colonial empires of Denmark, Britain, and Spain? What’s the significance of this early use of the plant?

One of my favorite chapters of the book to research and write was Chapter 2: A Brief History of Marijuana Farming. In the chapter, I sketch out the early and extensive history of cannabis cultivation and use throughout Europe, which predominantly relied on the cannabis plant’s potential to produce hemp rope and textiles.  These materials enabled European colonial powers to develop robust maritime and naval capabilities.

3. How did racism in the United States shape the rise and fall of marijuana farming?

American farmers in the eighteenth and nineteenth centuries were prolific hemp growers, which often meant hemp was produced with extensive slave labor.  Psychoactive marijuana, meanwhile, is thought to have been introduced by Mexican migrants, and quickly banned in response to fears that marijuana was inciting violence and unrest.  During the prohibition era, finally, criminal prosecutions often targeted marijuana users of color.

4. What are some of the major implications of the emergence of marijuana genetics?

Farmers and breeders have been developing unique, interesting strains of marijuana for decades.  This has led to a prolific inventory of strains that may frustrate efforts to commoditize marijuana into a generic agricultural product.  In addition, the cannabis plant’s malleable nature may give small-scale farmers and breeders opportunities to develop, patent, and trademark their own strains.

5. What are the legal ramifications of the growing significance of “brand”—the reputation of a particular marijuana growing region?

Marijuana businesses are increasingly focused on branding as a means to differentiate their products in the marketplace.  Trademark law should eventually help protect brands from imposters.  From a farming perspective, regions may benefit from developing an “appellation” system for the marijuana industry.  Most often recognized in the wine industry, appellations certify designations of origin, and help regions protect their farmers and reputations.

6. Looking to the future of the marijuana agriculture industry, what are some of the major challenges that marijuana farmers (and buyers) will face as the economy, laws, and the climate all change?

There are many challenges ahead.  Many farmers, regulators, and consumers will want to develop laws that enable farming to remain local, artisanal, and sustainable.  There are many ways that can be done, and the state-by-state approach to legalization ensures that we will see a number of approaches.  The industry is changing quickly, and it will be up to the stakeholders to make sure that the marijuana farming industry becomes the industry we want it to be.