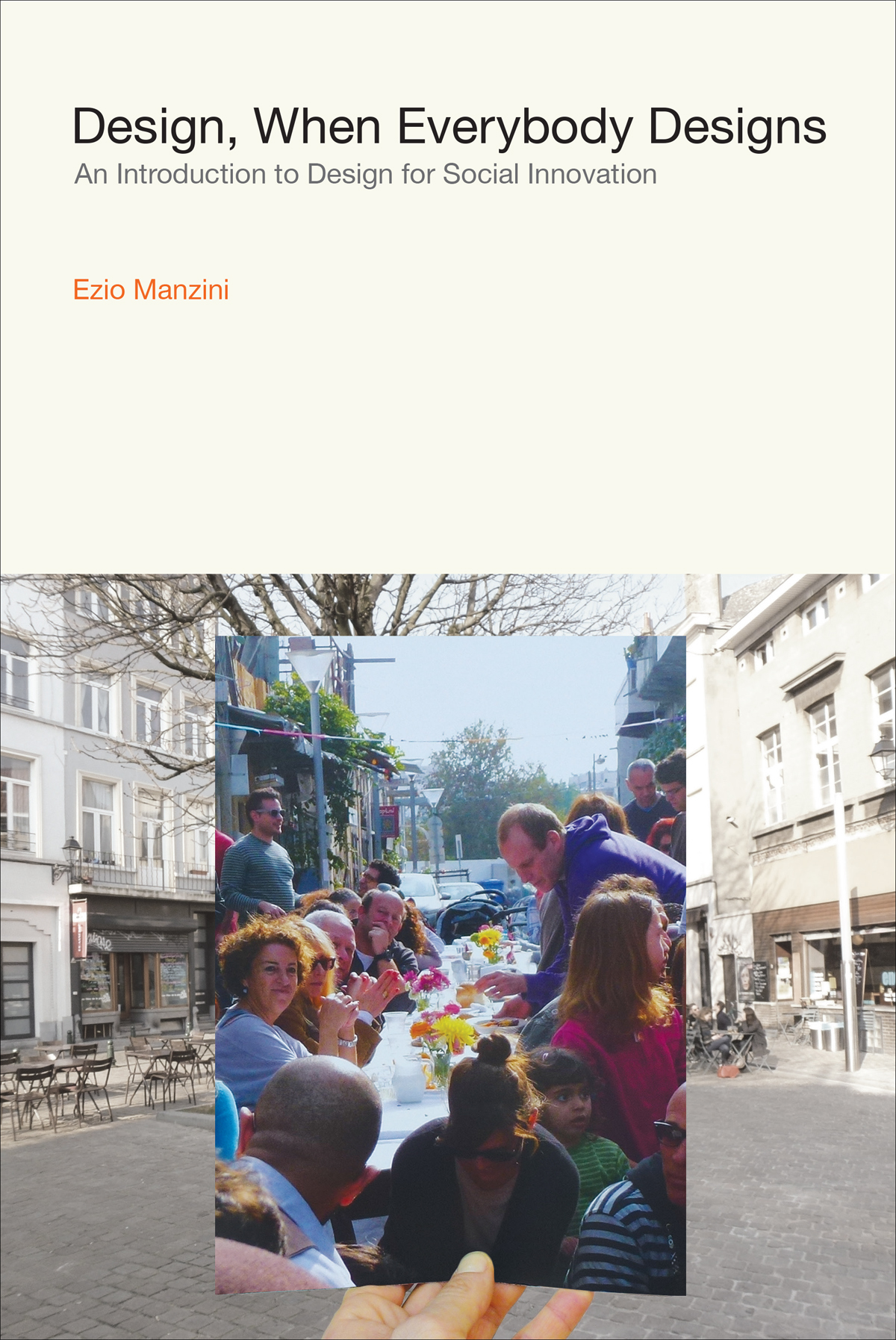 Ezio Manzini, author of Design, When Everybody Designs, a new book on the role of design in the ongoing wave of social innovation toward sustainability, shares his thoughts on his recent North American book tour. He reflects on the productive discussions that have emerged from his talks and what he looks forward to in other parts of the world.

A wise friend once told me, if you really believe in your work, you should spend as much time and energy promoting your books as you took to write them. It took me a lot of time and energy to write Design, When Everybody Designs and I am fully committed to promoting it. I also hope to use the opportunity to spark and foster discussions that will further new directions of research in design for social innovation.

Promotion for the book kicked off last month in the United States with a six-city tour in Cleveland, Pittsburg, Pasadena, San Diego, Baltimore, and New York City. As the European leg of the tour commences, I’d like to briefly reflect on the North American experience to modify a few main points that emerged in the discussions with readers and, in so doing, be better equipped to confront fresh ideas that will be presented in Europe. 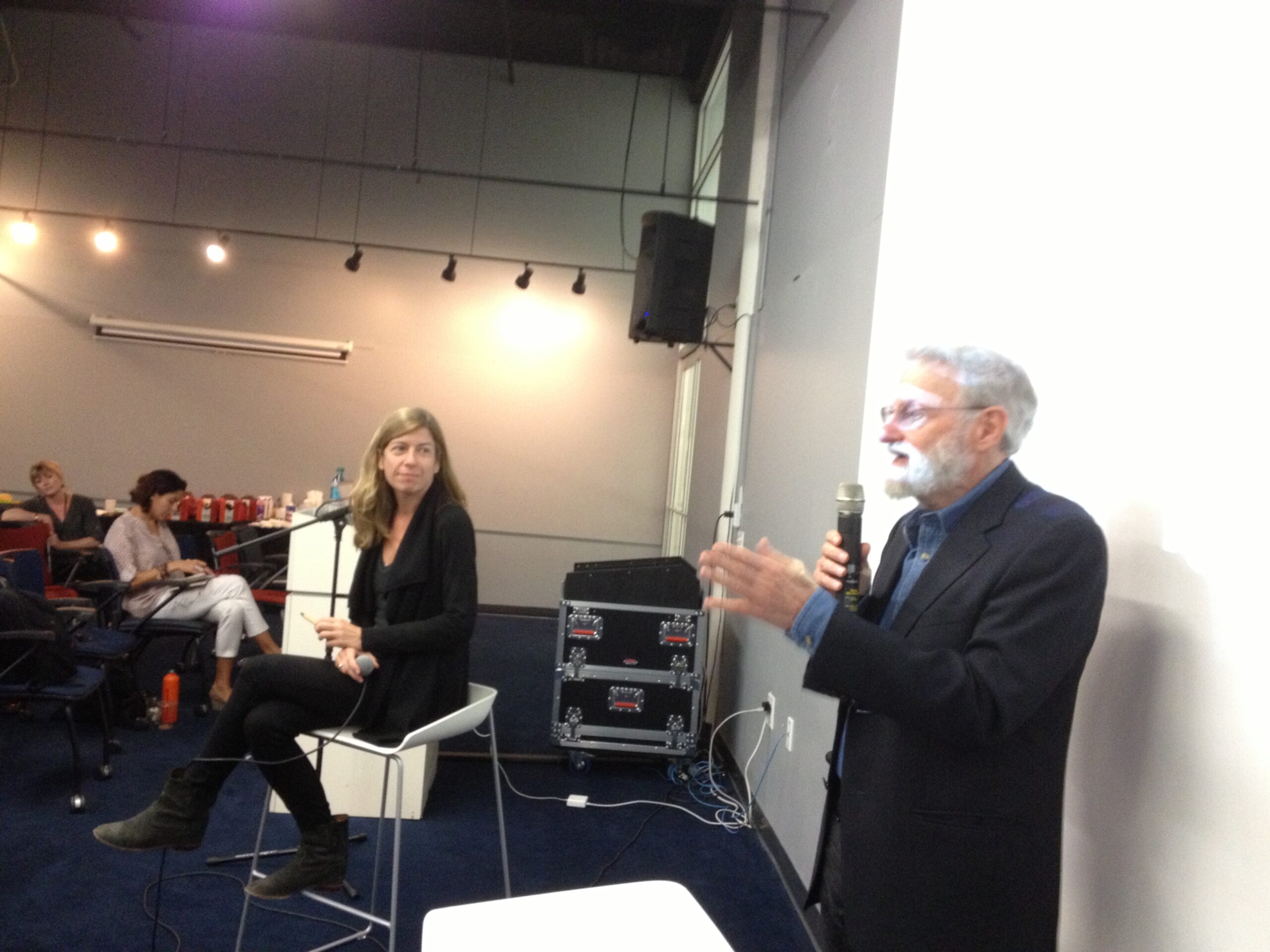 Let’s start by recalling that the core of the book is a double recognition: (1) in a fast changing world, everyone, willing or not, must design, and (2) what traditionally has been considered as “design” is deeply changing and has already deeply changed. From these two interlinked considerations some questions arise: if everyone—individual and collective subjects (enterprises, institutions, communities, cities, and regions)—must more and more frequently use their design capabilities, what is the distinctive role of the design experts? What are, or should be, their characteristic skills, knowledge, and culture? And what should these design experts do to support different individual and local projects, to orient them towards larger sustainable transformations? In short, what should design experts do to stimulate and support social innovations towards sustainability? Answering these questions is particularly difficult because they harken back to a notion of design that is very far removed from the one that has been in the mainstream in the past century.

As a brief summary, traditional design theory and practice were constructed in Europe and the US in the early-twentieth century, with roots in the industrial production of the time. This gave rise to the idea of design as an expert activity, aimed at conceiving and developing products for serial production using the industrial technology of the period. Much has changed since then. The main result of this change is that, today, design has shifted away from being mainly characterized by its “objects” (the products, services, and systems it realizes) and toward a characterization given by its “processes” (by its ways of thinking and doing), the design methods, tools, approaches and, most importantly, culture it utilizes. In undergoing this shift, the design I will refer to here—that I will call emerging design, becomes a means of tackling widely differing issues: from traditional products and service development to complex and often intractable social, environmental, and even political problems.

Discussions on the emerging design can focus on one or more of these different meanings. For instance, when it deals with problem-based and solution-oriented design processes and their transdisciplinary nature, it obviously refers to co-design. In contrast, diffuse design is the one at stake when discussing the importance of spreading design capabilities among different stakeholders (as happens with the whole discussion on design thinking). Finally, when we discuss specific design skills and culture, we are by definition talking about expert design.

During the American book tour, because the talks and presentations were hosted at universities and design schools, the debate has principally revolved around the third meaning—to design experts and their changing role in relation to other social actors and the whole co-design processes. For example, at Carnegie Mellon School of Design, where the book presentation occurred within the framework of a Symposium titled Transition Design, a large part of the conversations were focused on transition-related questions: how is design changed by the on-going transition? And, in turn, what can design do to trigger and orient the transition towards sustainability? By contrast, in Baltimore, where the event was hosted by the Center for Social Design of Maryland Institute College of Art (MICA), the discussion largely centered on the difference between the notion of social design and the one proposed by the book of design of social innovation. And during interactions with teachers and students of Parsons the New School for Design in New York, the conversation mainly focused on the idea of design culture and on the relationship between design as problem solver and design as sense maker.

I will conclude by proposing a personal concern on the last point. In the past decade, the question of culture has been virtually absent from the debate on design, especially when the discussion was clearly oriented towards emerging design. Until now, the focus has been mainly on its problem-solving side. This attention to the emerging design practical implications is, of course, necessary. However, the absence of a real debate on its sense-making side, that is, on the emerging design cultural dimension, is a serious limitation that prevents it from becoming the agent of cultural and, therefore, also social and environmental change that it could, and indeed, should be.

Therefore, one of my main preoccupations has been to underline the importance of the cultural dimension of emerging design. I stressed that, before being a technique, design is a capacity for critical analysis and reflection—a capacity with which design experts can produce knowledge, vision, and quality criteria that, in turn, can be made concrete in feasible proposals. Whoever steps forward as a design expert should also be—and be acknowledged as—a carrier of this specific culture: the design culture.

It is precisely this design culture that is the source of the most original contributions design experts can offer as innovation because in so doing, they spark meaningful changes to the very idea of well-being and in the qualities that characterize it. The lack of this cultural reflection in the design arena seems to me particularly visible in the places where, ironically, the emerging design has been more successfully discussed and practiced—that is, in the US and in the northern Europe. For the second part of my book tour, I am curious to see how this issue will manifest itself in the Latin and Mediterranean design settings.

I will let you know …