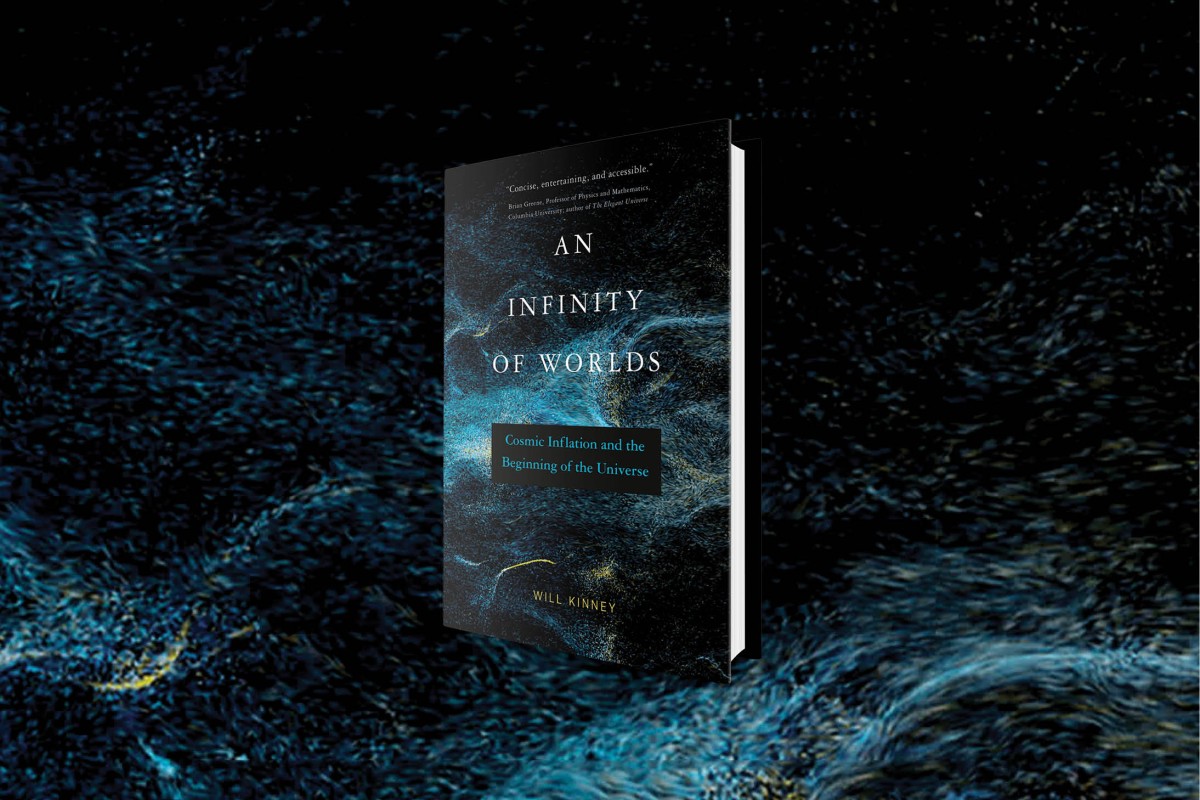 Kinney’s book outlines a theory about the ultimate origin of the universe and strives to answer the question: What happened before the primordial fire of the Big Bang?

In the beginning was the Big Bang: an unimaginably hot fire almost fourteen billion years ago in which the first elements were forged. The physical theory of the hot nascent universe—the Big Bang—was one of the most consequential developments in twentieth-century science, yet it leaves many questions unanswered: Why is the universe so big? Why is it so old? What is the origin of structure in the cosmos?

In An Infinity of Worlds: Cosmic Inflation and the Beginning of the Universe, physicist Will Kinney explains a more recent theory that may hold the answers to these questions and even explain the ultimate origins of the universe: cosmic inflation, before the primordial fire of the Big Bang. This theory is a transformational idea in cosmology, Kinney argues, changing our picture of the basic structure of the cosmos. Cosmic inflation offers a remarkable unification of inner space and outer space, in which the physics of the very large (the cosmos) meets the physics of the very small (elementary particles and fields), closing in a full circle at the first moment of time.

With quantum uncertainty its fundamental feature, this new picture of cosmic origins introduces the possibility that the origin of the universe was of a quantum nature. “Inflation changes our picture of the basic structure of the cosmos and introduces a set of new, intriguing questions,” Kinney writes. “Inflation provides us with the first observational glimpse of the quantum origins of the universe, and in the end, raises unavoidable questions about the nature of scientific knowledge itself.”

“In concise, entertaining, and accessible language, An Infinity of Worlds ushers readers to the forefront of cosmology,” said Brian Greene, professor at Columbia University and author of The Elegant Universe. “Kinney takes on some of the most controversial issues of current research and treats them with uncommon subtlety and nuance.”

Ultimately, Kinney considers the consequences of eternal cosmic inflation. Can we come to terms with the possibility that our entire observable universe is one of infinitely many, forever hidden from our view? “There may be no other way,” he concludes.

An Infinity of Worlds in the media:

Learn more about An Infinity of Worlds