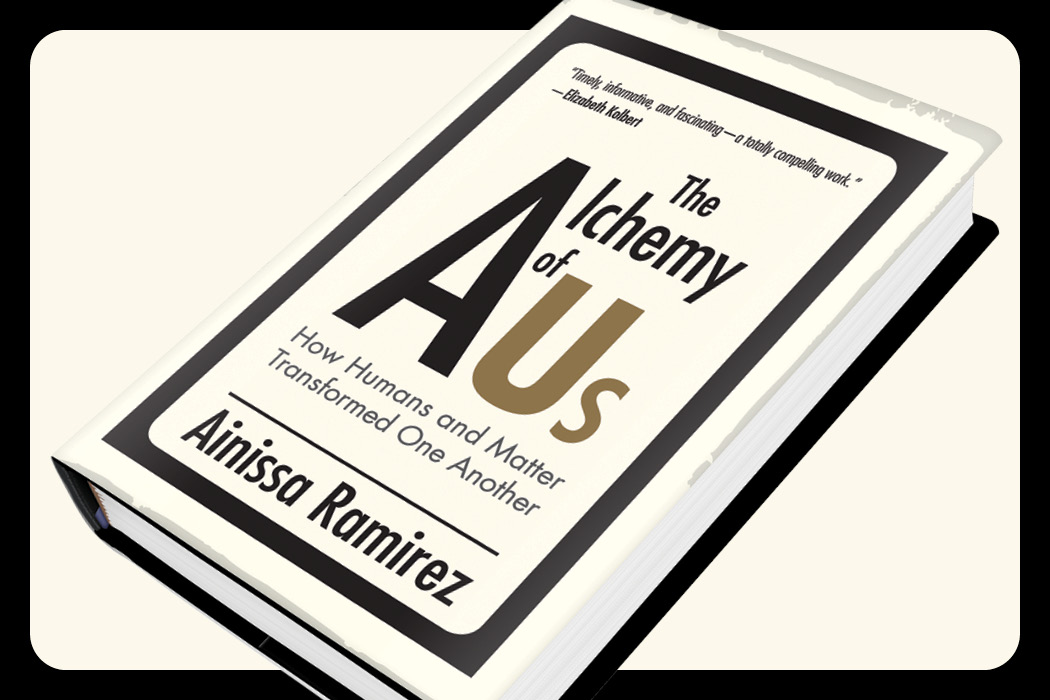 Ainissa Ramirez’s lauded book, now available in paperback, reveals how inventions were shaped by their creators—and how those inventions shaped our culture

Last April, amid a spiraling pandemic, we published The Alchemy of Us, a gem of a book by materials scientist and self-described “science evangelist” Ainissa Ramirez. Although plans for in-person author events and travel were deterred, the book managed to find a wide and receptive audience nonetheless. Ainissa was invited to speak with Bill Nye for his Science Rules! podcast not once but twice, was interviewed for NPR’s The Short Wave and Science Friday, and appeared on BNN Bloomberg TV.

Her book went on to make several “Best of 2020” reading lists, including those at Smithsonian Magazine, Science Friday, Science News, and Behavioral Scientist. We were especially delighted when it won the esteemed 2021 AAAS/Subaru SB&F Prize in the Young Adult Science Book category—an award that is so important to the STEM community and to Ainissa. We are also thrilled that The Alchemy of Us is a finalist for the 2020 Los Angeles Times Book Award in the Science and Technology category.

More about the book:

In The Alchemy of Us: How Humans and Matter Transformed One Another, Ainissa Ramirez examines eight inventions—clocks, steel rails, copper communication cables, photographic film, light bulbs, hard disks, scientific labware, and silicon chips—and reveals how they shaped the human experience. She describes, among other things, how our pursuit of precision in timepieces changed how we sleep; how the railroad helped commercialize Christmas; and how a young chemist exposed the use of Polaroid’s cameras to create passbooks to track Black citizens in apartheid South Africa. Ramirez shows not only how materials were shaped by inventors but also how those materials shaped our culture, chronicling each invention and its consequences—both intended and unintended.

“We live in a world so dominated by our own inventions that, as Ainissa Ramirez observes, we’ve reinvented ourselves to accommodate them. The Alchemy of Us is at once timely, informative, and fascinating—a totally compelling work.”
—Elizabeth Kolbert, Pulitzer Prize–winning author of The Sixth Extinction

“By explaining how inventions both exotic and mundane transformed society, Ramirez’s ingenious survey illuminates the effect of science in a manner accessible to a wide readership.”
—Publishers Weekly

The Alchemy of Us in the media: