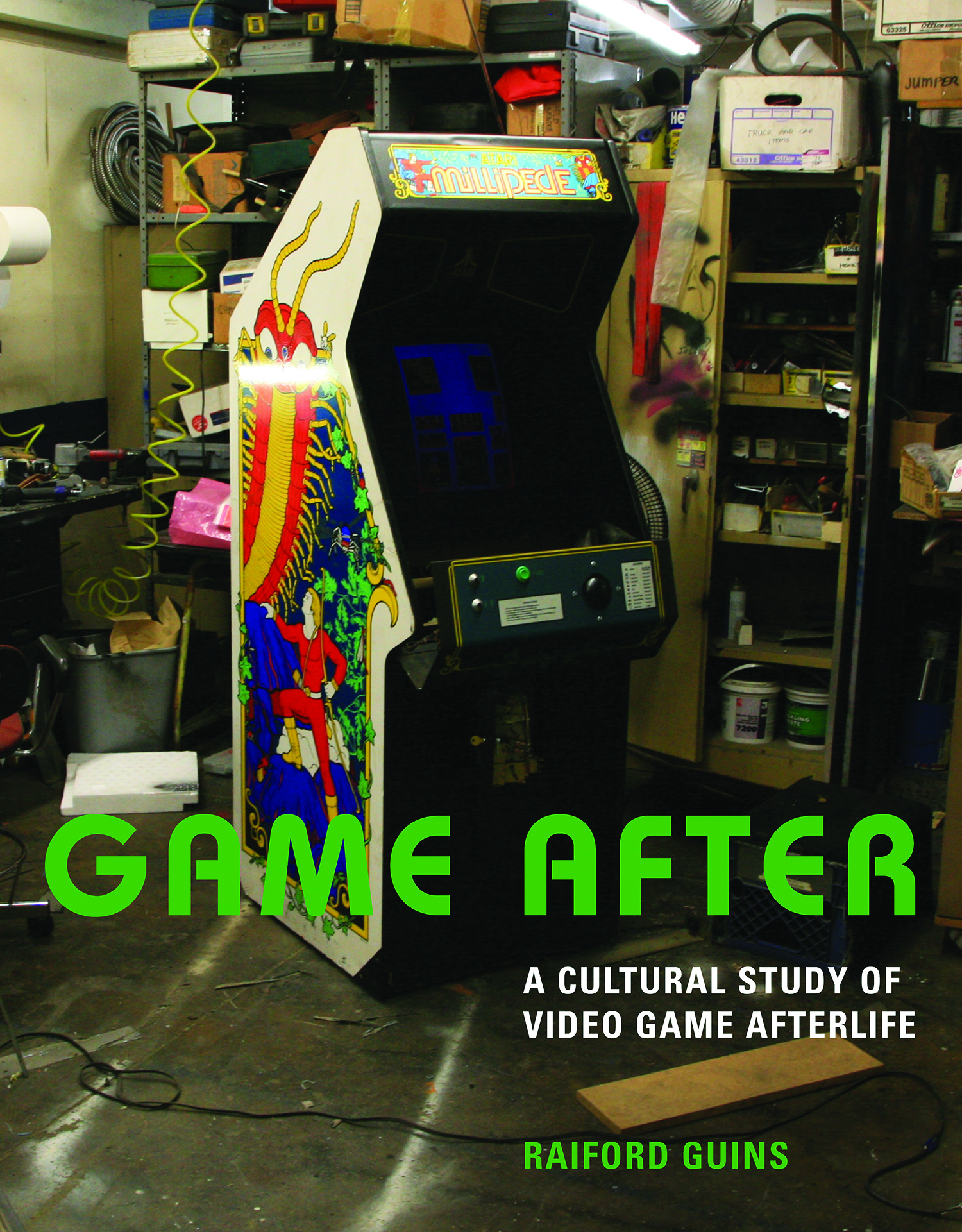 Could you explain what you mean when you say, “The goal of understanding the afterlife of video games animates Game After, a book dedicated not to the historicism of the past, but to how and where video games remain in the present and the new roles such situations enable for writing their history”.

Sweeping history. Grand history. Neatly packaged narratives of greatness and genius inventors. All of these are the stuff of what Walter Benjamin labeled the “epic element in history”, historiography premised upon continuity and stability, and most firmly what Game After is not about. Instead, I map the “slips”, “slides”, “leaps” and “springing” of game objects across their life histories as they pass through different situations that inform their meaning and their value. Objects for me are fluidic not static. Therefore, how we can know them is contingent upon when and where they are. The most important thing that writing Game After taught me was to ask: “When is an object?” That question, I believe, is the path to understanding the more common question, “What is an object?” While one can write “the history” of Ralph Baer’s “brown box” prototype to the Magnavox Odyssey by recapitulating the narrative of invention and the process of prototype to product as well as distribution, marketing and usage, I would expand said history so that “invention” and “usage” do not subsume game history. The prototype’s afterlife as court evidence and now museum object evidencing American invention at the Smithsonian National Museum of American History aren’t exempt or outside of these presiding historical narratives. New situations for objects yield new histories (just ask the Victoria & Albert Museum about its Gwalior Gateway!).

Your work looks at games from the past that are now (among many other things) museum artifacts. With the onset of mobile games, there is no “hardware” as from the days of Atari or Nintendo per se, how will this affect the collecting and curating of video game artifacts? How will it affect your work?

Think of it like this. What is Candy Crush without the device on which it is played? Isn’t the device the very thing that enables the experience of the game—anytime, anywhere. There is quite clearly a role for hardware—and that hardware along with the software has a history. Speaking of Game After specifically, the museums that I studied demonstrate a wide variety of approaches to managing both physical and digital objects. More often than not an emulated version of a game would work hand-in-hand with other materials to display an array of objects grouped according to a particular theme (say, the non-functioning PONG prototype along with playable emulation marking the entrance to the Computer Games Gallery at the Computer History Museum in Mountain View, CA). Such an approach already carries over to downloadable applications. For a game like Angry Birds Star Wars a museum display could contain examples of the various platforms for play (ex: tablet, smartphone, game console), provide screen shots from the game, run an interactive version so that visitors can experience the game, include character renderings, game maps, developer notes, even code (should Rovio Entertainment LTD be supportive) while also hosting a representative sample of merchandise (ex: key-chains, plush figures, Telepods, and hoodies). My point is that the “game itself” is a questionable construct at best. Some thing we call “the game” is one part, albeit an important part, within a script supported by various actors. There is more than ample material of game history for a second edition of Game After—maybe I’ll call it Game Ever to keep with the awkward title angle!

The chapter, “Landfill Legend” in your book, details when E.T. the Atari game was disposed of en masse in a landfill in New Mexico. Is this because it was considered a failure? What is the significance of this event?

In terms of units sold, one might be hard pressed to regard E.T. The Extra-Terrestrial for the Atari VCS as a “failure”. It sold over a 1.5 million copies during the 1982 holiday season. But, of course, that is only part of the story. Once its design flaws (ex: the difficulty of avoiding pits in the game and its repetitive play) became apparent many copies were returned, merchants began to reduce its retail price, and Atari found itself in possession of considerable surplus stock. The reason that Atari’s E.T. is included in Game After is that it offers a fascinating object lesson for understanding how (poor) business decisions lead to design constraints. It’s also fair to say that its significance is not only related to the games industry crash of 1982-1984 but to its liquidation, the mystery surrounding the infamous “Atari burial” of September 1983 in Alamogordo, NM where truck loads of Atari games and consoles were dumped in the city landfill and crushed by bulldozers. The significance for me is the rare opportunity to map a life history of a game artifact. I’m in the minority here though. Many prefer to dance on the game’s grave or live in the hope of unearthing little plastic carcasses. While “E.T.” was not alone in the landfill, the sentimentality of the film’s character seems to have carried over. I must admit that I don’t share any sentimentality for the game and, after researching the chapter for Game After, I am not a naysayer on the reality of its disposal; many viable sources affirmed the dumping. Aside from my own research investment in game history, I hope to address another layer of significance: the collection of material remains. Although I am not licensed to clarify myself here, I will say that I hope to secure (very soon) whatever remains can be found for any museum interested in having Atari’s trash.

Do you think the collection of vintage video games and platforms has to do with nostalgia, the promise of a pay day in the future, or the preservation of history? Does it matter so long as they are being collected and preserved?

There are many stakeholders in the preservation of game history. Some are from cultural institutions and some are private collectors, antiquarians, and enthusiasts. It’s in the interest of all to work together, to share knowledge and skill sets, to assist one another in the challenging task of preservation and documentation.

I wrote Game After partly as a response to rampant nostalgia that over-determines game historiography. The book requests that we “forget nostalgia” or at least not allow nostalgia to be the prevalent way to articulate game history. Of course this is not, in any way, to disregard what can be learned or experienced from nostalgia but does issue a challenge when considering how to document a game for posterity, or how to evaluate a game’s “significant properties” for faithful emulation, or when it comes to rigorously researching and writing history. One’s personal affinity and memory are not enough. Consider what nostalgia offers game history: each Friday evening I take my son to MOMA (when its free and feels like Caddy day at the pool from the film Caddyshack) to play its small collection of video games located on the 3rd floor. We visit MOMA so that he can game in a crowded public space where people line up to play a game.  I want him to have access to historical forms of medium specificity although at MOMA this means attending to their displayed games like a painting without a frame, a screen cut into a wall at a 90-degree angle. Arcade cabinets are absent for Pac-Man, Tempest, and Street Fighter II and the controllers for the Magnavox Odyssey are liberally reinterpreted in their matte red finish (which always reminds me of the aesthetics from the Deborah Harry S&M scene from Videodrome). The curation of MOMA’s versions of console, arcade, and computer games differs significantly from the Strong National Museum of Play’s eGame Revolution permanent exhibition and the Computer History Museum’s Computer Game Gallery where great efforts are made to show the historical platform as integral to understanding the game. I will confess that I’m partial to history museums when I hear this statement every Friday night at MOMA: “I remember playing…”. I want more out of history than one’s personal fondness for having played a game. The future of games past depends on it.