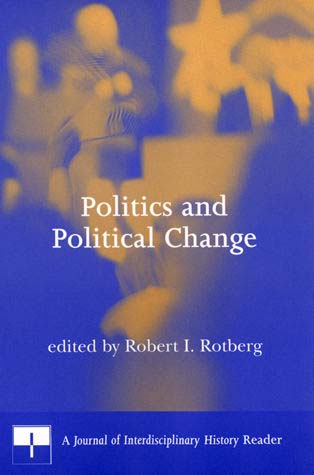 Now that the papal conclave is under way, we decided to take a look at the history of electing popes. Here’s an excerpt from Josep M. Colomer and Iain McLean’s chapter, “Electing Popes: Approval Balloting and Qualified-Majority Rule,” which is part of Robert I. Rotberg’s Politics and Political Change.

During the late Middle Ages, the Catholic Church devised clear and efficacious decision rules to protect its autonomy and its temporal power. The choice of rules to elect the pope was particularly important, since the Christian church can be viewed as a traditional monarchy in which the “royal” (papal) powers are based officially on God’s will. For many centuries, lack of rules provoked frequent conflicts and schisms, leaving the Christian church under the protection and domination of political powers, especially emperors and Italian noble families. Selecting rules to elect the pope was the result of a several-century process of clarifying (1) who the voters were; (2) how the ballots were to be organized; (3) what decision rules were to be used; and (4) what incentives the procedure was to provide for a sound and quick decision, avoiding strategic maneuvers or long pontifical vacancies.

Peter, the first “pope” of the Christian church, was chosen by the founder of the religion, but apparently Jesus did not prescribe the rules for appointing Peter’s successors. Since the pope was the bishop of Rome, whose primacy over the other bishops was only gradually asserted, the procedure of his election was initially similar to that of the other bishops. In certain local churches, it was customary for bishops to choose their successors. Although this practice was forbidden by the council of Antioch in 341 and again by the council of Rome in 465, it survived in Rome until the sixth century. Thereafter, popes occasionally expressed opinions about their preferred successor, but bishops usually were elected by the Christian faithful (“the people”)—the clergy and the bishops of the province—under the chairmanship of the metropolitan.

The election of a bishop was conceived as a way to discover God’s will. It was guided by unanimity rule, the only rule that could assure the participants that their decision was right. Hence, the maxim “vox populi, vox Dei” (the people’s voice is God’s voice). The people could propose candidates, but their choices had to be accepted by the bishops of the province and the metropolitan. Thus, popular participation induced consensus and obedience from the faithful rather than opening up the set of choices.

The Pope was elected according to this system for a while. First, lay members of the Roman Church—especially nobles, military officers, magistrates, and other high officers of the Empire—offered several candidates viva voce. Then, the clergy proceeded to reduce or enlarge that list, and, finally, the sixteen bishops of the Roman province settled the matter. This sequence was reflected in the motto of Pope Leo I (440-461): “vota civium, testimonia populorum, honoratum arbitrium, electio clericorum.”

This process frequently produced conflicts and schisms. Before Christianity had been officially accepted by the emperor, at least one simultaneous election of two different popes had taken place (in 250, after eighteen months of failure to elect). In 366 and 418, the election of two popes by different factions of the Church provoked hundreds of deaths and the intervention of Roman troops. These conflicts put the Church under political protection for several centuries. Honorius, the emperor, ruled in 420 that if two popes were elected, neither would be valid, and a new election would be held and unanimity required.

A violent, bloody schism in 498/499 induced one of the new popes, Simaccus, to decree that, in the absence of a nominated successor from a deceased pope, a new pope should have the unanimous support of the clergy or, in case of division, the support of the majority. This relatively early attempt to exclude the lay powers and to institute a non-unanimity decision rule could not avert the conflict between a nominated successor and an elected candidate soon thereafter, resulting in the reinstatement of the emperor as arbiter.

Although most of the popes from the fourth to the twelfth century were appointed or confirmed by the emperor, imperial power had begun to dwindle by the eleventh century. “The election decree of 1059 gave the cardinals of the Roman church the decisive part in papal elections, and reduced the emperor’s role to a shadow.” A decisive shift came with the submission of Emperor Henry III to Pope Gregory VII at Canossa in 1077, followed by the emperor’s formal renunciation of the privilege at the Concordat of Worms in 1122 (H.E.J. Cowdrey, The Epistolae Vagantes of Gregory VII [Oxford, 1972], xvii).

During the period of imperial control, the quality of those appointed declined, but the emperor always managed to obtain enough support for his candidates to make unanimous agreement on an alternative impossible. Twice in the ninth century, when the former imperial power had weakened, the Church obtained an emperor’s renunciation of the right to appoint the pope. New conflicts and schisms, however, led to the reimposition of imperial control.

The present Catholic church recognizes 159 popes from 1 to 122 A.D., but at least 31 “anti-popes” were recognized by certain factions. From the mid-ninth to the mid-tenth century, from a total number of twenty-six popes, twelve were removed from office, five sent into exile, and five killed…

For many centuries, the election of the pope was an occasion of violent conflicts and schisms that weakened the Church and subordinated it to secular powers. These conflicts later gave way to long delays in decision making and, since the end of the thirteenth century, to winning candidates who frequently came as a complete surprise. The history of Church decisions about electoral rules seems to have been driven by successive reactions to unintended, undesirable effects or previous decisions. The change from unanimity rule to two-thirds qualified-majority rule was fortunate, from the perspective of modern social choice literature, since the two-thirds rule makes cycles and unstable decisions for a limited number of candidates impossible.