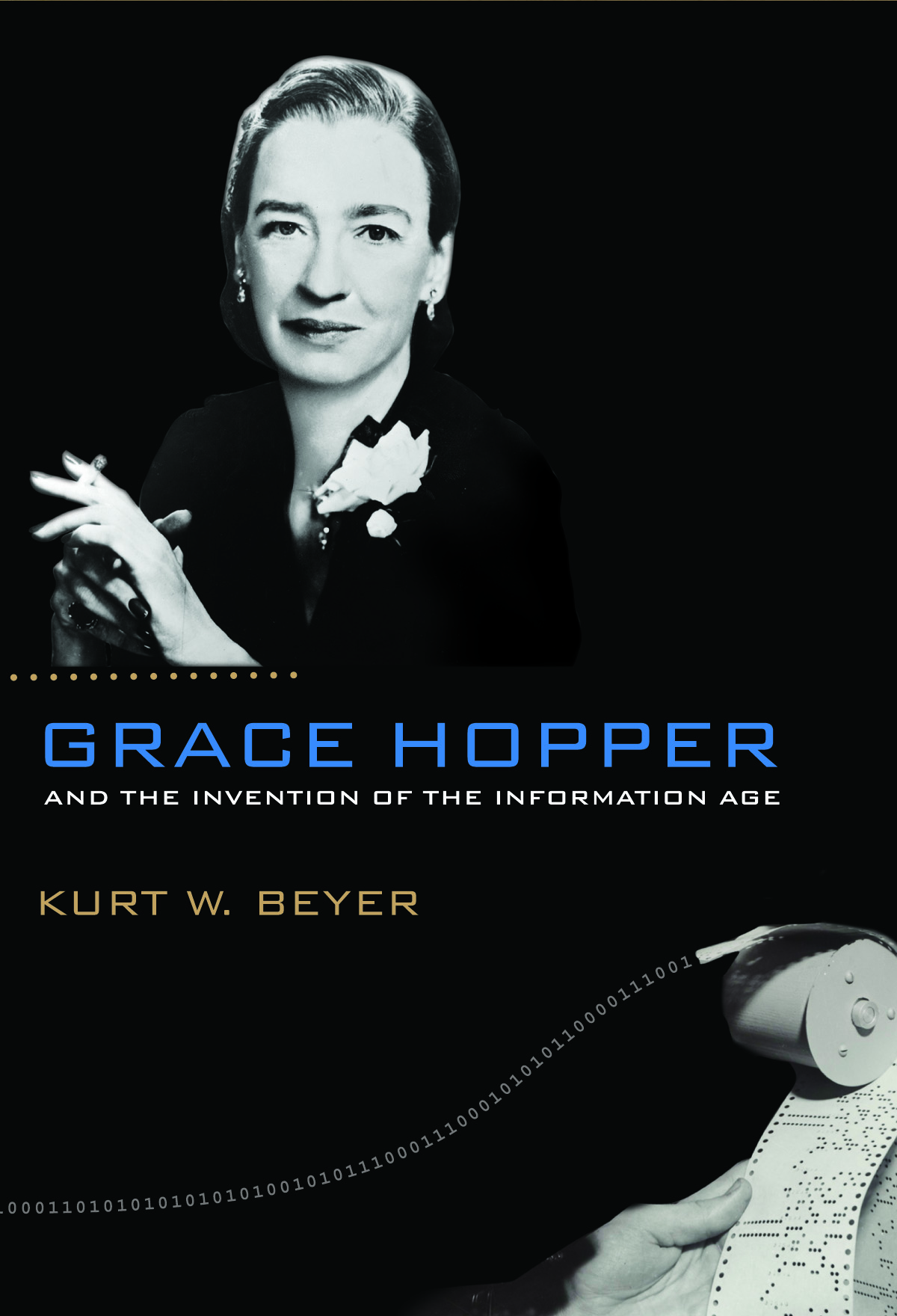 For our final National Women’s History month blog post, we share an excerpt from Grace Hopper and the Invention of the Information Age by Kurt Beyer. Hopper left a teaching position at Vassar College to serve in the Navy during World War II. After her training, Hopper was assigned to work on the first-ever computer located at Harvard University.

How does one go about programming the world’s first operational computer? With mentors of limited knowledge and experience, Lieutenant Hopper was faced with the daunting task of making the Harvard Mark I’s 750,000 parts move with purpose and generate accurate solutions. These solutions, far from academic curiosities, were answers to problems with immediate military applications. In the face of unusual wartime pressures, Hopper relied on her ability to stay calm and rationally think through problems.

The neophyte coder realized that she needed to understand the hardware of Mark I in all its intricate detail if she hoped to have the machine calculate according to her will. This meant quickly educating herself in electronics, despite her limited engineering background. During her first 2 months at Harvard, Hopper spent nights combing through the machine’s basic blueprints and circuit diagrams. If she could not understand the purpose of a certain switch or relay, she tracked down Bob Hawkins, an electrical and mechanical maintenance engineer who quickly became known to the early Mark I crew as “Mr. Fixit.”

Hopper’s resolute effort to understand the machine’s hardware provides insight into an aspect of her innovative style. The former college professor was not one to back down from an intellectual challenge, even when the subject matter lay outside her realm of expertise. Nine years at Vassar auditing assorted classes and teaching non-math courses had given her confidence that she could learn just about anything. The new knowledge, when mixed with what she already understood, made Hopper a potent problem solver. To be a better programmer, she first needed the peculiar physical nature of Aiken’s creation. Hopper’s diligence would pay dividends in avoiding coding pitfalls in the coming months and years.

During her impromptu education in hardware design, Hopper was astonished by the machine’s sheer complexity and size. Mark I contained more than 3,500 electromechanical relays, 2,300 storage counters, and thousands of back-wired relay terminals. The myriad of parts was orchestrated by a unique 3-inch wide punch tape that sequentially entered coded instructions into the machine. Unlike IBM calculating machines based on punch-card technology, the continuously fed coded patterns could, in theory, execute a problem from start to finish without the intervention of an operator. The instructions on the punch tape were “fixed” in the sense that there was no way to obey without direct human intervention. This innovation was captured in Mark I’s official name: Automatic Sequence Controlled Calculator.