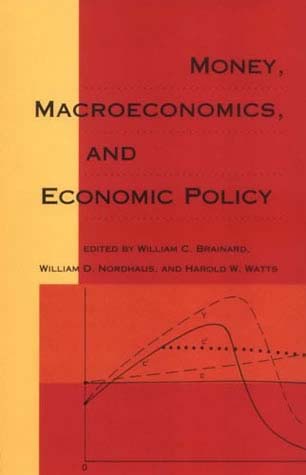 Earlier today, President Obama announced his nomination of Janet L. Yellen to be the chairwoman of the Federal Reserve, succeeding Ben Bernanke. If confirmed by the Senate, Ms. Yellen would become the first woman to lead the central banking system of the United States.

Back in 1991, Ms. Yellen co-wrote an essay (with her husband George Akerlof) for the MIT Press titled, “How Large Are the Losses from Rule-of-Thumb Behavior in Models of the Business Cycle?” published in Money, Macroeconomics and Economic Policy: Essays in Honor of James Tobin, edited by William Brainard, William Nordhaus, and Harold Watts. In honor of this historic nomination, here is a brief excerpt from the paper:

In place of Keynesian macroeconomics, with its emphasis on disequilibrium dynamics, the new classical macroeconomics proposed an alternative vision of macroeconomics with continual Walrasian equilibrium….James Tobin is an eloquent critic of this new classical movement. In his Yrjö Jahnsson lectures, for example, he reminded us that “the Walrasian Auctioneer is a great myth—most prices are set by identifiable agents and changed only at discrete intervals,” and that “in circumstances of complex uncertainty decision makers generally fall back on simple rules of thumb” instead of optimizing. Tobin uses full-cost pricing as an example of a strategy that, while perhaps not quite optimal, is nevertheless likely to earn firms at least a target rate of return over a wide range of sales environments.

We agree with Tobin’s model-building strategy: He urges the use of available empirical information about agents’ actual behavior for the construction of realistic models of the economy. This strategy entertains a greater range of possibilities than full maximization. But as a test of plausibility, we propose that models with nonmaximizing behavior be accompanied by computation of the potential gains to nonmaximizing agents if they individually switch to a maximizing strategy.