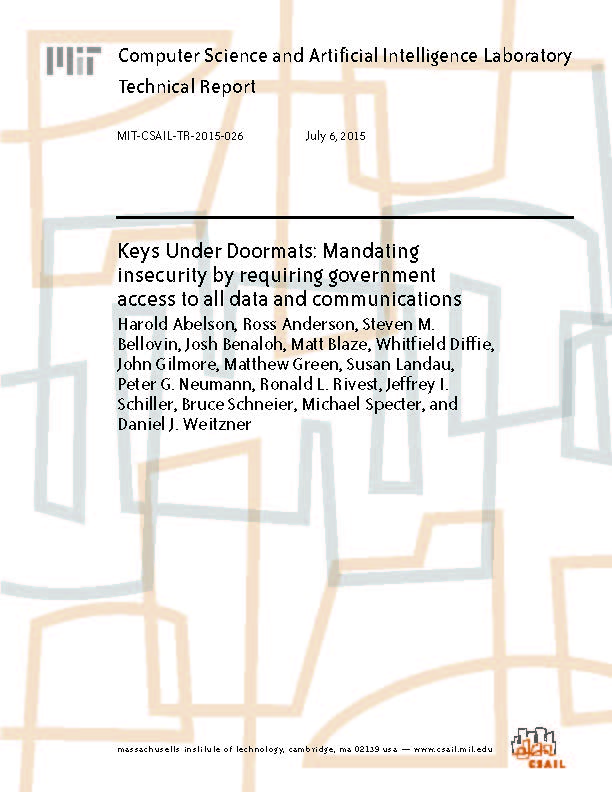 Susan Landau and Whitfield Diffie, along with other security experts and computer scientists, participated in a cryptology study that was published as an MIT Computer Science and Artificial Intelligence Laboratory Technical Report this week: “Keys Under Doormats: Mandating Insecurity by Requiring Government Access to all Data and Communications.” Many of the members of the group worked together in the 1997 report that analyzed the Clipper Chip proposal. This time, the participants convened to explore the likely effects of imposing extraordinary access mandates. In the report, they examine whether it is “technically and operationally feasible to meet law enforcement’s call for exceptional access without causing large-scale security vulnerabilities,” and recommend that “anyone proposing regulations should first present concrete technical requirements, which industry, academics, and the public can analyze for technical weaknesses and for hidden costs.”

This influential study has garnered much attention, including from the New York Times this week. In an article, the Times reported that the “elite group of security technologists has concluded that the American and British governments cannot demand special access to encrypted communications without putting the world’s most confidential data and critical infrastructure in danger.” The Times quotes from the report and interviewed some of the participants, including Ross Anderson, who states, “The government’s proposals for exceptional access are wrong in principle and unworkable in practice. That is the message we are going to be hammering home again and again over the next few months as we oppose these proposals in your country and in ours.”

The British press, including the Guardian, has also picked up the story. The Guardian reports: “Demands by US and British security agencies for access to encrypted communication data have been dealt a serious blow in a report by an influential group of cryptographers and computer scientists.”

On July 7, Susan Landau was interviewed by the Takeway. She explained, “We’re looking at a tradeoff between protecting society as a whole or making society’s communications at risk to make law enforcement’s job somewhat easier. We can’t afford to make that tradeoff.” Listen to the full interview here.

Landau is author of Surveillance or Security? The Risks Posed by New Wiretapping Technologies. Landau and Diffie are coauthors of Privacy on the Line: The Politics of Wiretapping and Encryption. 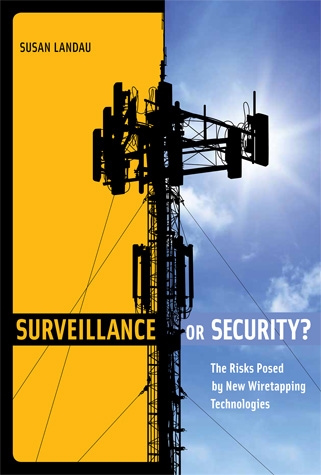