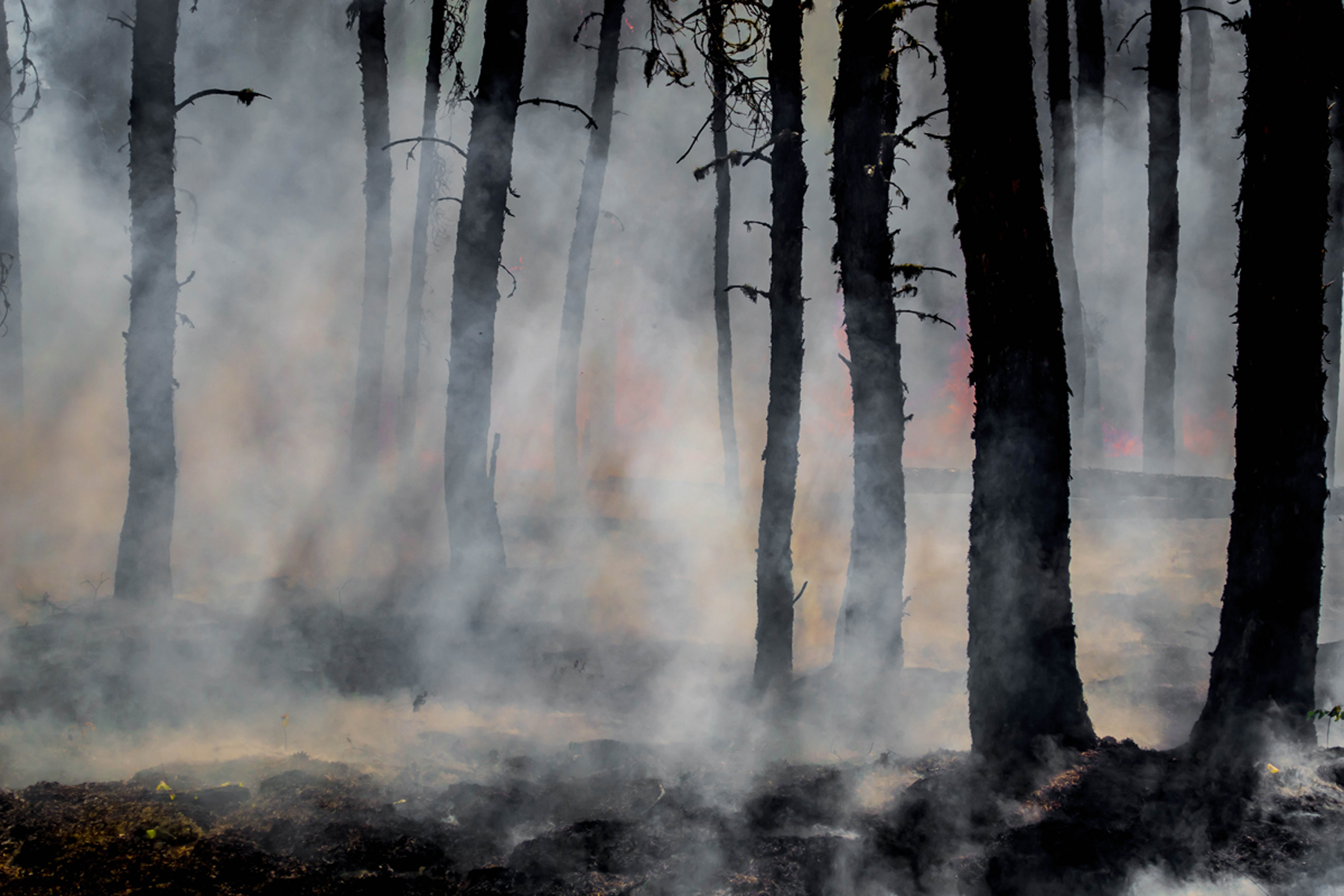 On October 8th, the Intergovernmental Panel on Climate Change released a special report with alarming implications for the future. We asked a few of our authors to respond to the report, the first is from Alan Lockwood, author of The Silent Epidemic and Heat Advisory. Lockwood is is Emeritus Professor of Neurology and Nuclear Medicine in the Jacobs School of Medicine and Biomedical Sciences at the University at Buffalo and a Senior Scientist at Physicians for Social Responsibility.

The so-called “hoax” of climate change is beating on our door with an intensity that matches that of hurricanes Sandy, Harvey, and now Florence and Michael. Add to that the public health effects of the summer’s wildfires that took lives, caused spikes in hospital visits in cities that were downwind, and blanketed communities  with particulate matter pollution and smoke. Include asthma attacks, strokes, and heart attacks triggered by the particulates and the ozone formed in chemical reactions involving fire-produced carbon monoxide. The Centers for Disease Control counts more than six hundred deaths per year from heat. This number will rise as new records for temperatures are set with great regularity. Heat affects crops as well as people: Extreme temperatures at a critical time in crop production may ruin yields. Drought and crop failures already contribute to the public health disasters in Yemen, and Sub-Saharan Africa.

The perils of climate inaction were re-emphasized by the Nobel Prize winning Intergovernmental Panel on Climate Change (IPCC) in their new report Global Warming of 1.5 °C. They wrote that “the impacts of climate change are being felt on every inhabited continent and in the oceans.”

Exceeding a 1.5 degree threshold for a rise in global temperatures will have many effects. Sea level will continue to rise due to melting glaciers and thermal expansion of oceans, with even more flooding than that which already obliterate parts of the US, particularly in Louisiana. Streets in Miami and Miami Beach flood regularly, even in the absence of storm surges. Coral reefs will be threatened with extinction with a huge loss of species. A rise to 2 °C will more than double the number of people exposed to extreme heat with predictable increases in mortality among vulnerable populations with chronic diseases and no access to air conditioning. Water scarcity will become more common.

Although some will not have major effects, the melting of the arctic permafrost and the release of the huge reservoirs of methane trapped in clathrates could turn a severe problem into an unmitigated disaster. This greenhouse gas is over eighty times more potent than carbon dioxide and persists for long periods of time in the atmosphere.

In medical school, we grew bacteria in Petri dishes. Initially the bacterial colonies grew rapidly. But as toxic products of metabolism accumulated growth slowed and then halted as the bacteria unwittingly succumbed to their profligacy. Are we humans smarter than bacteria? My medical education also taught me that it is always better to prevent a disease than to treat it. It is better to stop smoking than to undergo lung removal, radiation therapy, and chemotherapy for lung cancer. So it is with climate change.

The Lancet Commission on Climate Change and Health took an optimistic stance when it wrote that climate change is the greatest public health “opportunity” of this century. We know what needs to be done. The message has been made clear for decades by all of the leading climate scientists and now physicians and public health groups. We must move to a sustainable energy economy, one that makes use of solar and wind power rather than fossil fuels to generate the electricity needed for economic prosperity and medical advances. This will not be easy, but it can be done. Education, research, and harnessing advanced technologies must be enhanced. Workers must be retrained to cope with the new, expanding, and potentially lucrative energy sources. It will take cooperation among the world’s governments. What is missing is a sense of urgency and the political will needed to overcome vested interests and political divisiveness. This is an opportunity can’t afford to squander. There will be no second chances.