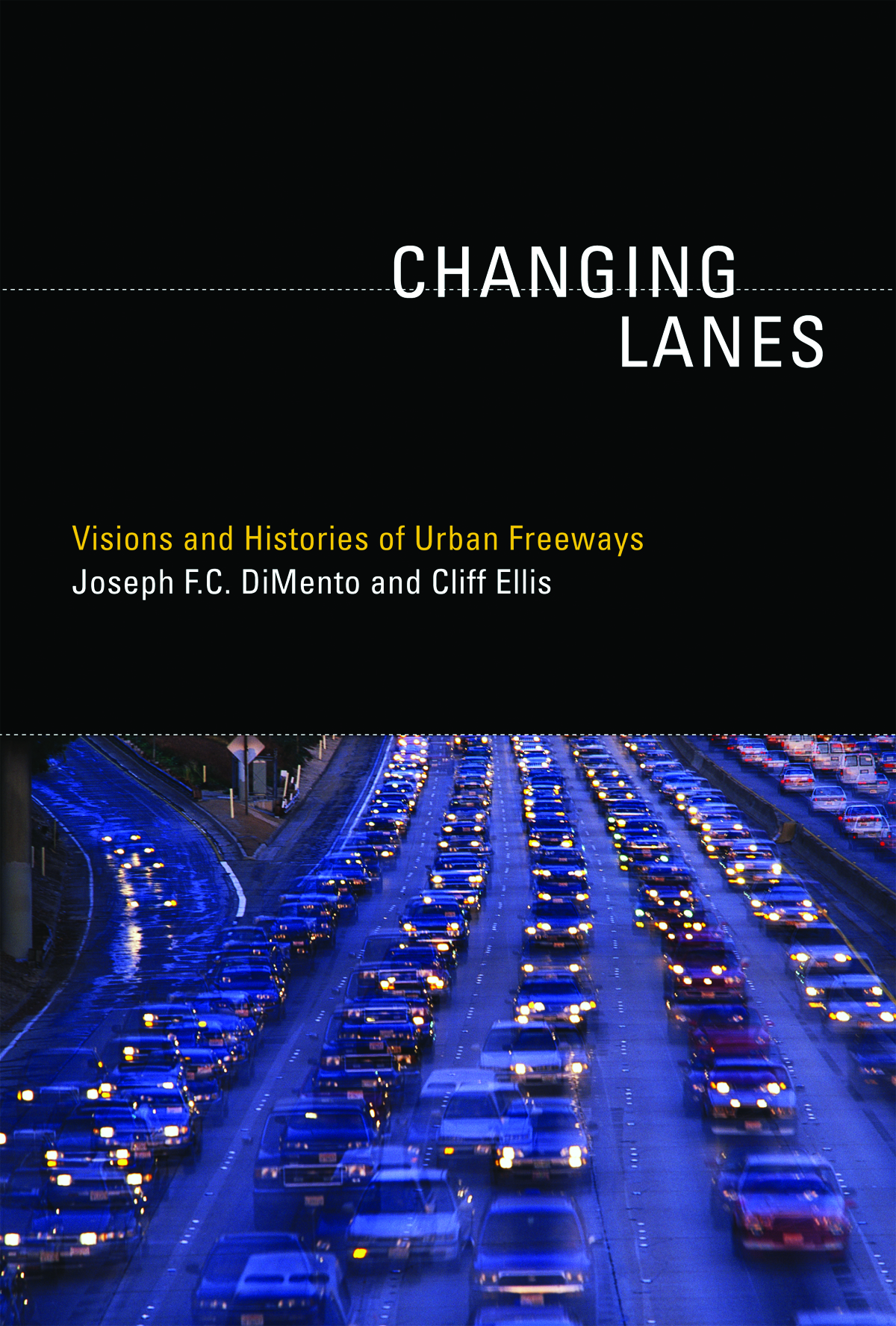 We are celebrating National Transportation Week May 12-18th with a series of transportation themed MIT books. Check out our first post from Changing Lanes authors Joseph DiMento and Cliff Ellis.

We are at a critical point of major transportation diversification for some Americans.

Although trends differ with region and economic cycles, overall there is at least a modest movement of Americans back to city centers.  Some areas of the country are even seeing suburban blight—as costs of automobile travel as a push and the quality of city life as a pull—influence internal migration—back to downtown.  Recently the US Census estimated that for the first time in two decades population growth in more built-up areas exceeded that of suburbia.  The trends are dramatic in some areas and smaller but notable in others including some rust or snow belt cities.

At the same time in many cities citizens and policymakers face important decisions about the transportation systems i.e. urban freeways built thoughtheir cities decades ago at a time when there were readily available federal funds for roads and great hopes for an urban renewal based in part on “modern” roads.

In the last several years, cities across the nation have considered, proposed, approved, or begun demolition of urban highways.  They are planning to replace them with housing, parks, bicycle paths, commercial buildings, office space, tunnels, urban boulevards, and traditional city streets. The reasons are twofold: first, many highways constructed during the postwar era are approaching the end of their useful lives (typically considered to be approximately 40 years); and, second, there is now an increasing perception that urban centers, not urban freeways afford important redevelopment potential.

Lewis Mumford suggested in 1958 that a web of smaller arterials and “capillaries” should have been used to handle traffic flows inside American cities.  But virtually nowhere in the literature of post–World War II traffic engineering and urban planning does one find a serious appreciation of the urban boulevard or “transit boulevard” as an arterial capable of carrying large volumes of traffic while at the same time preserving a high quality of life along its edge.  Similarly, the urban parkway disappeared from the technical manuals of highway engineering and city planning.  It may be coming back.

The world in which these decisions are being made differs greatly from when freeways were first brought to our cities, (as we develop through a look back at freeway history in the last century and through a series of case studies in Changing Lanes, Visions and Histories of Urban Freeways )

A number of important questions face those cities from Chicago to Chattanooga which are employing focus groups, sophisticated transportation and planning studies and town halls to help decide whether to raze, realign and or redesign (and in some places bring up to modern highway standards) aging urban freeways.  How will people, including an aging population get around within the city?  How will work and shopping patterns shift, if at all? What kind of mobility service do buses, bike lanes and boulevards really provide?  And these decisions are being made in a very different regulatory environment than at the dawn of the urban freeway movement.  Now road choices must respond to strong environmental, historical preservation, relocation, and housing mandates. Decisions require participation by a broad spectrum of citizens and they are being closely monitored by groups willing to use litigation to promote their favorite option or attack alternatives.  Cities are making choices that will form them for the next half century—just as they did 50 years ago.