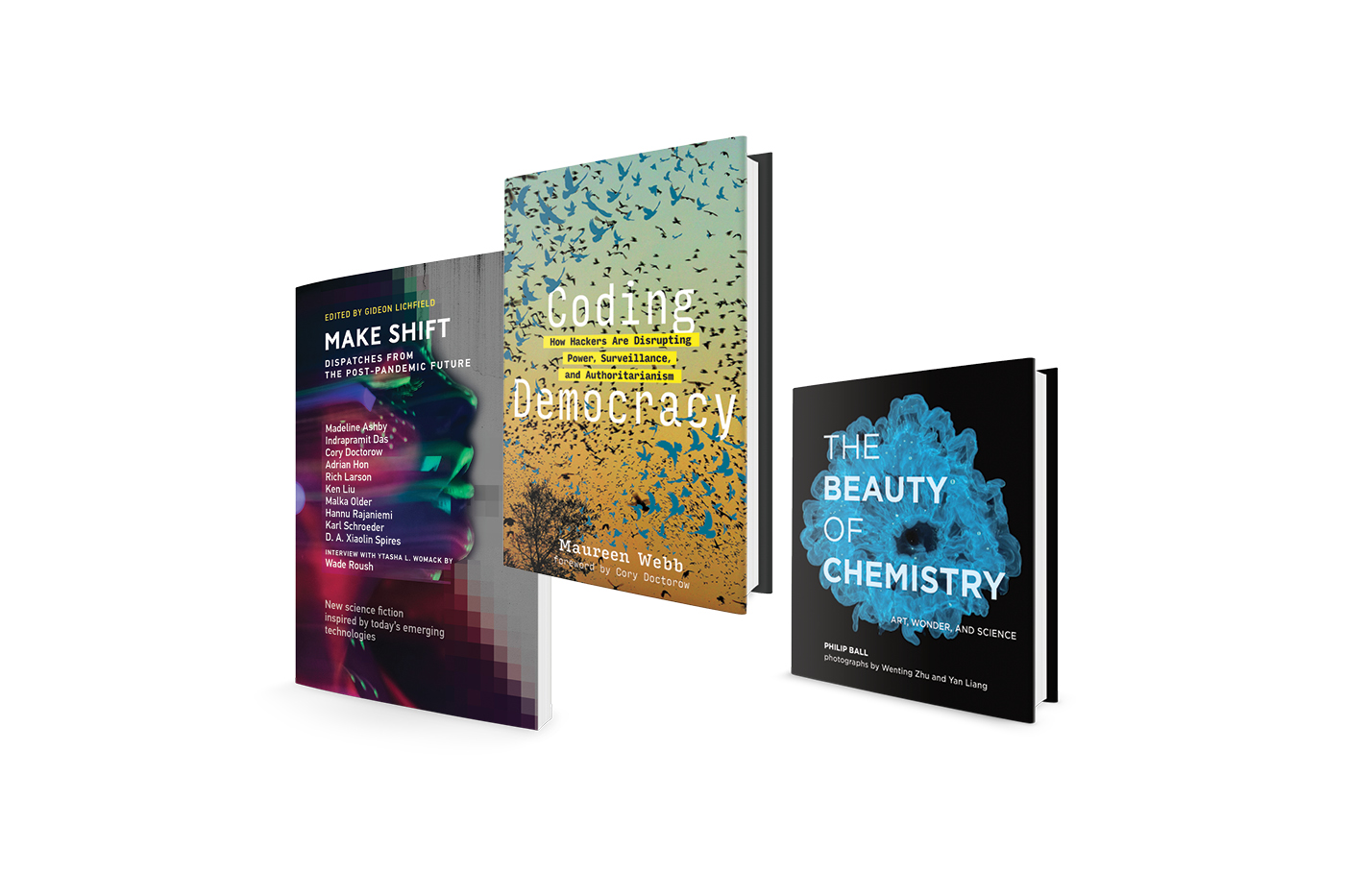 Explore a selection of our most anticipated releases

From the latest anthology in the Twelve Tomorrows science fiction series, published in partnership with MIT Technology Review, to renowned science writer Philip Ball’s stunning illustrated volume on the beauty of chemistry, we’re delighted to share a sampling of books publishing over the next couple of months. If you want more, you can explore all of our newest and forthcoming releases here. 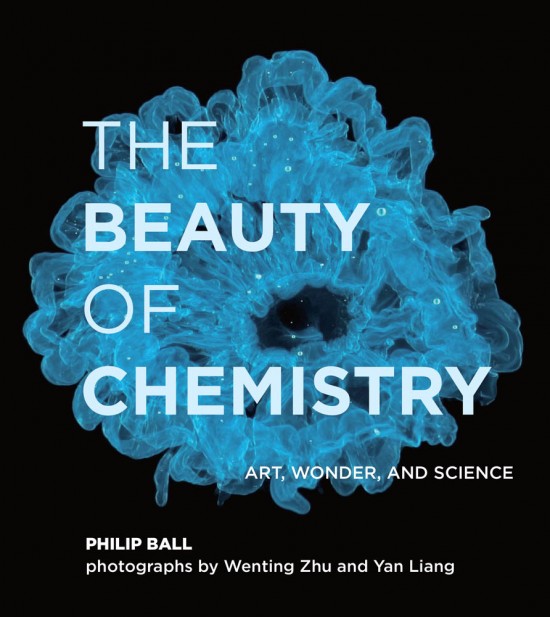 Chemistry is not just about microscopic atoms doing inscrutable things; it is the process that makes flowers and galaxies. We rely on it for bread-baking, vegetable-growing, and producing the materials of daily life. In stunning images and illuminating text, this book captures chemistry as it unfolds. Using such techniques as microphotography, time-lapse photography, and infrared thermal imaging, The Beauty of Chemistry shows us how chemistry underpins the formation of snowflakes, the science of champagne, the colors of flowers, and other wonders of nature and technology.

You might also like Hidden Wonders: The Subtle Dialogue Between Physics and Elegance by Etienne Guyon, José Bico, Étienne Reyssat and Benoît Roman

Now in paperback: Coding Democracy: How Hackers Are Disrupting Power, Surveillance, and Authoritarianism by Maureen Webb 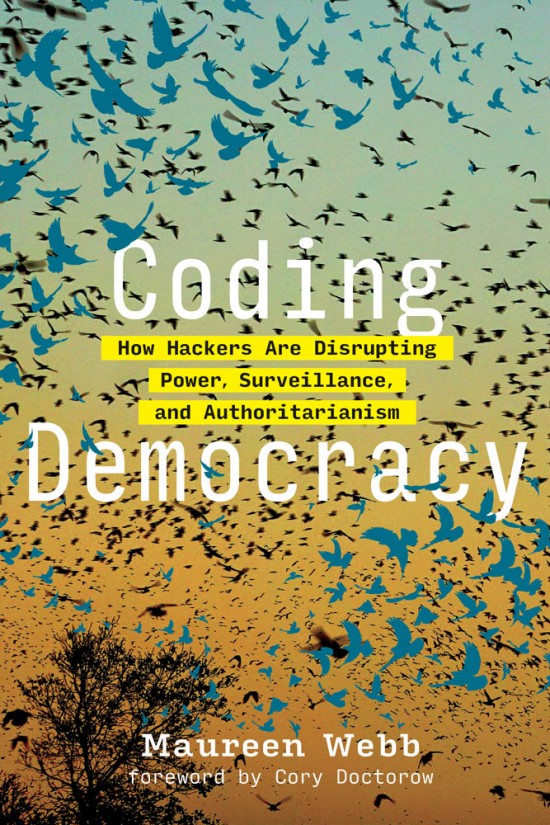 Hackers have a bad reputation, as shady deployers of bots and destroyers of infrastructure. In Coding Democracy, Maureen Webb offers another view. Hackers, she argues, can be vital disruptors. Hacking is becoming a practice, an ethos, and a metaphor for a new wave of activism in which ordinary citizens are inventing new forms of distributed, decentralized democracy for a digital era. Confronted with concentrations of power, mass surveillance, and authoritarianism enabled by new technology, the hacking movement is trying to “build out” democracy into cyberspace. Coding Democracy is not just another optimistic declaration of technological utopianism; instead, it provides the tools for an urgently needed upgrade of democracy in the digital era.

Read an excerpt on the MIT Press Reader: Notes From the Chaos Communication Camp

You might also like The Elements of Computing Systems, Second Edition: Building a Modern Computer from First Principles by Noam Nisan and Shimon Schocken

The 360° Gaze: Immersions in Media, Society, and Culture by Christian Stiegler 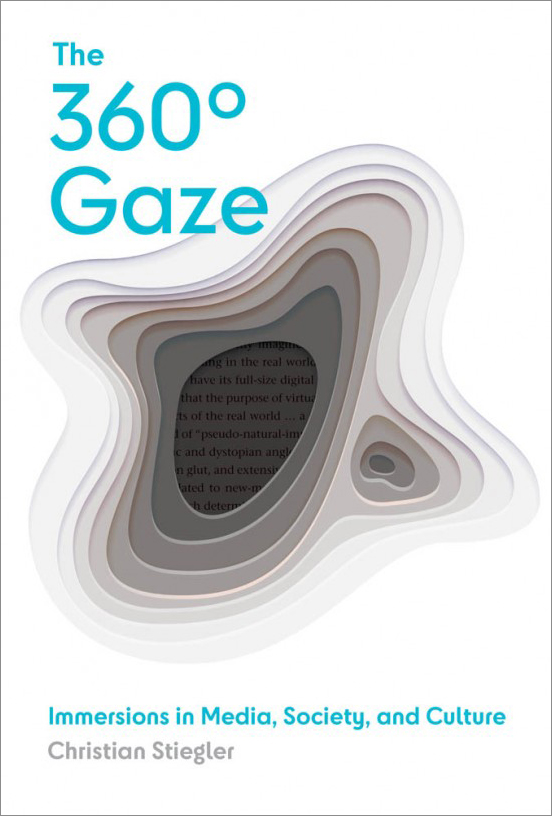 Virtual reality, augmented reality, mixed reality, and other modes of digitally induced immersion herald a major cultural and economic shift in society. Most academic discussions of immersion and immersive media have focused on the technological aspects. In The 360° Gaze, Christian Stiegler takes a humanities and social science approach, emphasizing the human implications of immersive media in postmodern culture. Examining characteristics common to all immersive experiences, he uncovers dominant metaphors, such as the rabbit hole, and prevailing ideologies. He raises fundamental questions about opportunities and risks associated with immersion, as well as the potential effects on individuals, communities, and societies. Writing as a researcher and storyteller, Stiegler provides a guide to rethinking immersion in mediated experiences from the past, to enable us to prepare ourselves for the future.

You might also like You Are Here: A Field Guide for Navigating Polarized Speech, Conspiracy Theories, and Our Polluted Media Landscape by Whitney Phillips and Ryan M. Milner 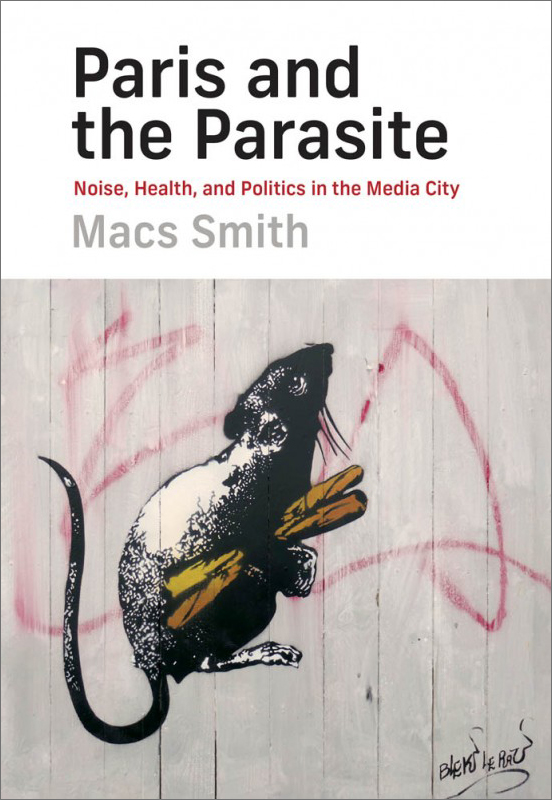 According to French philosopher Michel Serres, ordered systems are founded on the pathologization of parasites, which can never be fully expelled. In Paris and the Parasite, Macs Smith extends Serres’s approach to Paris as a mediatic city, asking what organisms, people, and forms of interference constitute its parasites. Drawing on French poststructuralist theory and philosophy, media theory, the philosophy of science, and an array of literary and cultural sources, he examines Paris and its parasites from the early nineteenth century to today, focusing on the contemporary city. In doing so, he reveals the social consequences of anti-parasitic urbanism. 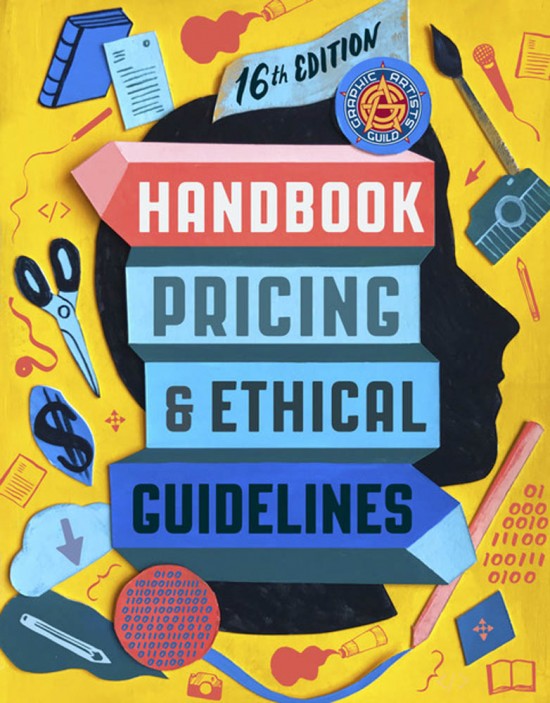 For forty-eight years, the Graphic Artists Guild Handbook has been the industry bible for graphic arts professionals. This sixteenth edition represents the most ambitious revision and redesign in over a decade, providing both artists and clients the very latest information on business, ethical, and legal issues. As the graphic art marketplace continues to evolve to meet the needs of both digital and print media, the new Handbook offers professionals an essential guide for keeping up with rapidly changing technology. 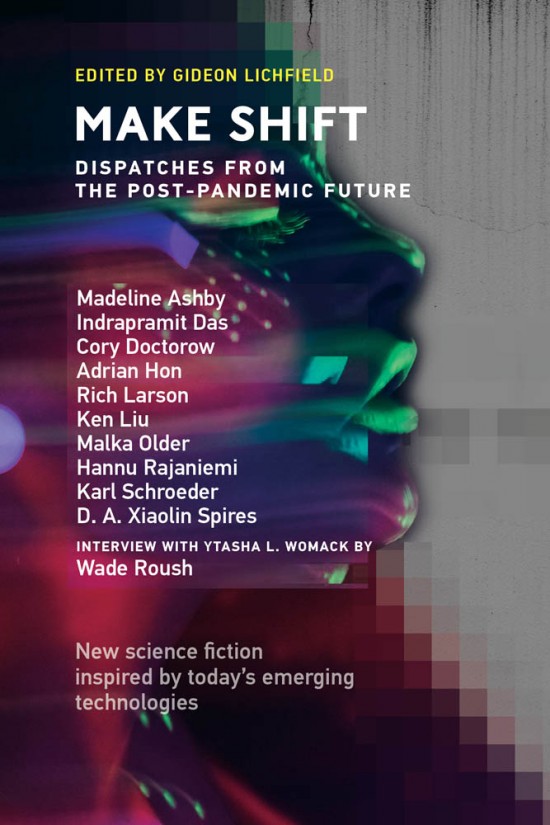 This new volume in the Twelve Tomorrows series of science fiction anthologies looks at how science and technology—existing or speculative—might help us create a more equitable and hopeful world after the coronavirus pandemic. The original stories presented here, from a diverse collection of authors, offer no miracles or simple utopias, but visions of ingenuity, grit, and incremental improvement. In the tradition of inspirational science fiction that goes back to Isaac Asimov and Arthur C. Clarke, these writers remind us that we can choose our future, and show us how we might build it. Make Shift includes stories by Madeline Ashby, Indrapramit Das, Cory Doctorow, Adrian Hon, Rich Larson, Ken Liu, Malka Older, Hannu Rajaniemi, Karl Schroeder, and D. A. Xiaolin Spires, and interviews with Wade Roush and Ytasha Womack. 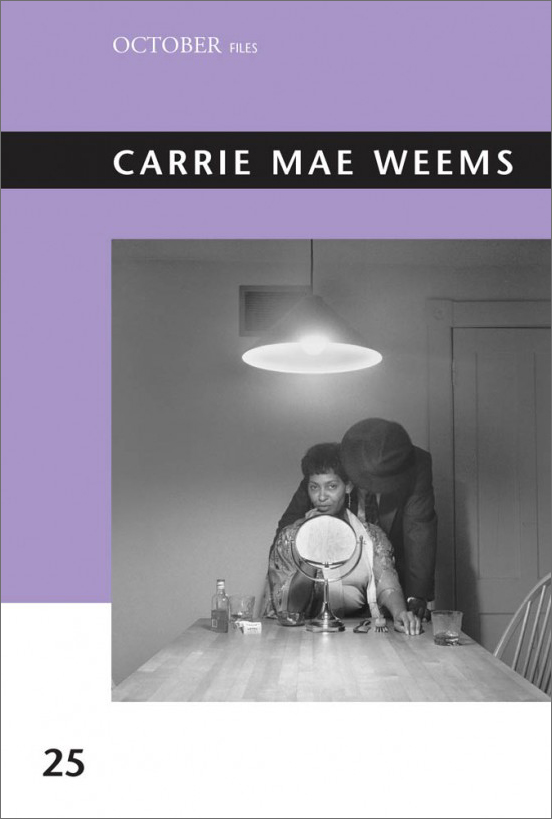 In this October Files volume, essays and interviews explore the work of the influential American artist Carrie Mae Weems—her invention and originality, the formal dimensions of her practice, and her importance to the history of photography and contemporary art. Since the 1980s, Weems (b. 1953) has challenged the status of the Black female body within the complex social fabric of American society. Her photographic work, film, and performance investigate spaces that range from the American kitchen table to the nineteenth-century world of historically Black Hampton University to the ancient landscapes of Rome. The book makes clear not only the importance of Weems’s work but also the necessity for an expanded set of concerns in contemporary art—one in which race does not restrict a discussion of aesthetics, as it has in the past, robbing Black artists of a full consideration of their work. 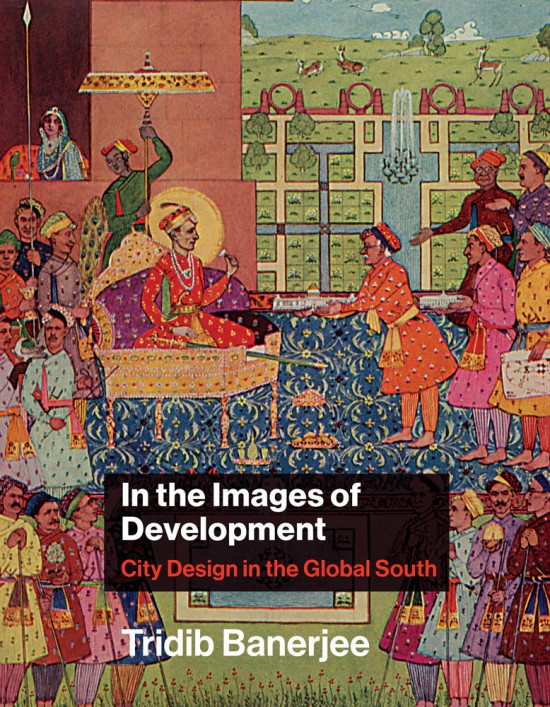 Remarkably little of the expansive literature on development and globalization considers actual urban form and the physical design of cities as outcomes of these phenomena. The development that has shaped historic transformations in urban form and urbanism—and the consequent human experiences—remains largely unexplored. In this book, Tridib Banerjee fills this void by linking the idea of development with those of urbanism, urban form, and urban design, focusing primarily on the contemporary cities in the developing world—the Global South—and their intrinsic prospects in city design. Further, he examines the endogenous possibilities for the future design of these cities that may address growing inequality and the environmental crisis.

You might also like Resigned Activism, Revised Edition: Living with Pollution in Rural China by Anna Lora-Wainwright