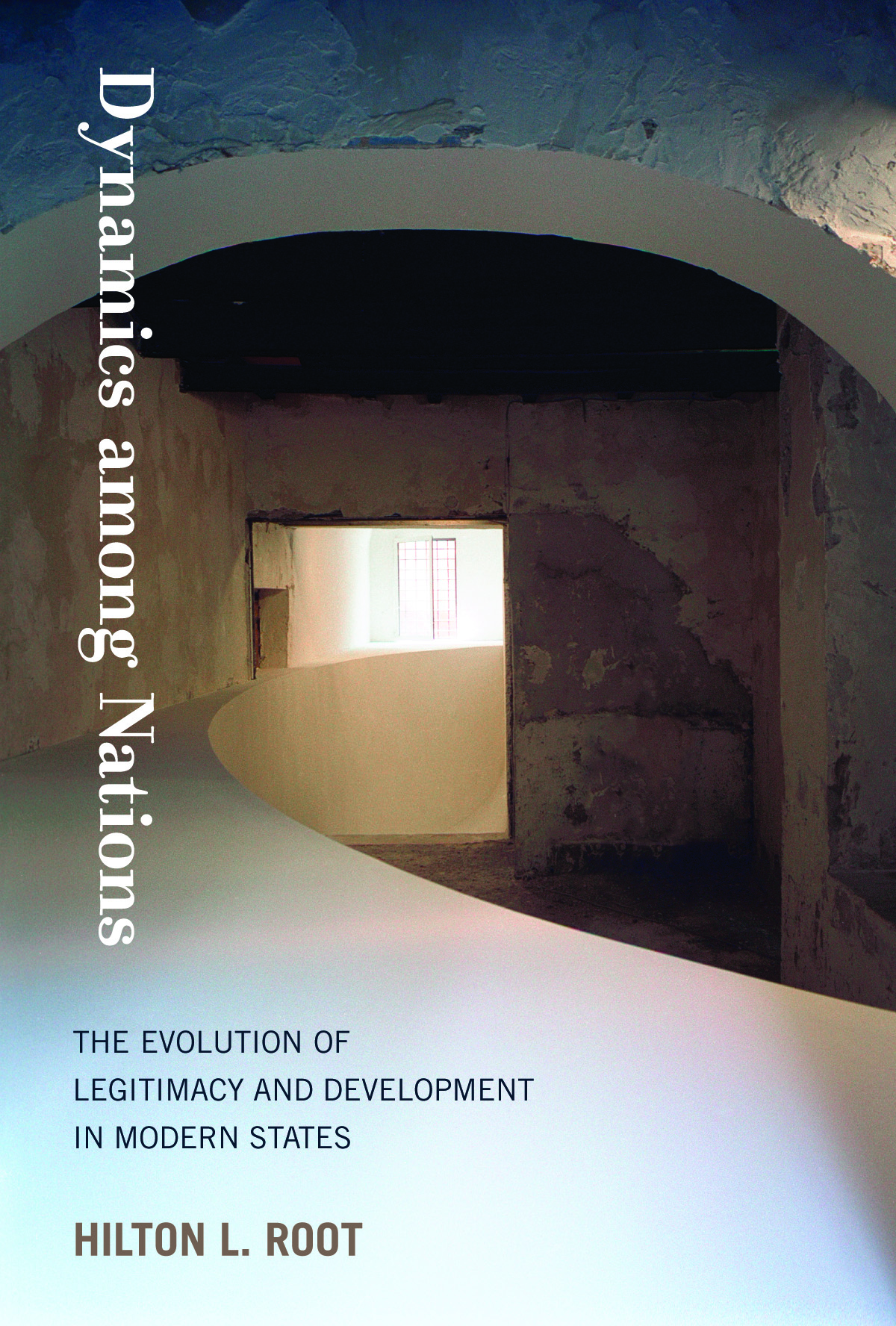 In Dynamics Among Nations, you explore the ever-widening gap between the political and economic ideologies of the East and West. Do you believe these two models can coexist harmoniously, or will one eventually absorb the other?

Terms like “coexistence and “global polarity” are frequently juxtaposed in the analysis of global political economy. The book purposefully avoids them. Nor does it use the term “absorption.” Can either of two superpowers absorb the other?

Dynamics Among Nations does address China as a superpower that rivals the West. But while China is East, the East isn’t solely China. Similarly, one wouldn’t label Africa and South America as either West or East. We can’t understand the trajectories of Turkey, Brazil, India, and the post-colonial African states, or the rise of South–South trade connections, in conventional terms of East–West polarities. These terms simplify the global relationships at work and are overused.

The dynamics that concern me are those of increasing interdependence. That is not absorption. Illiberal and liberal regimes alike are engaged in patterns of coevolution, and the impacts of that interdependence reshape not only their respective landscapes but also those of the regimes around them, and change spills out across the larger system, at times with unpredictable outcomes. As nations coevolve in response to what their competitors do, there are both convergences within regions and between regions, just as there are divergences within regions and between regions.

Western policymakers didn’t anticipate this more complex global landscape because they failed to anticipate that social, political, and cultural change move at a much slower pace than do economic and technological change. Their best-practice formulas didn’t account for the linkages and feedbacks within a system that could produce unforeseen divergence in developmental trajectories. These divergences, such as China’s validation of “rogue regimes,” where it doesn’t compete with the West for resources, influence the diffusion of global norms with system-level consequences.

You discuss the way that some nations have adopted a top-down approach to modernizing (namely India) while others—like China—embraced a more trial-and-error process, allowing local entities to try out new projects and theories before adopting the best one at the state level, which ultimately lead to more sustained growth. Should other developing nations be doing more to implement this second model?

Chinese economic success can be in large part attributed to the role of local party officials acting as adaptive tinkerers, conducting multiple parallel experiments in economic reform. The successful reforms, as well as the successful managers, those best able to respond to changes in local context, were the ones that obtained promotions to the center.

Deng’s approach was to discover, rather than to dictate, what worked. This way he avoided the failures of Soviet-style central planning while transferring responsibility for success or failure to the provinces; but the key to Deng’s reforms was in balancing the competing forces of centralization and decentralization. As a stimulant to experimentation, local leaders retained some of the surplus wealth they created. In this regard, they were “bought into” the reform process. To further link reform with the private incentives of the officials, careers in the bureaucracy were built from the bottom up. Successful local reformers could hope to obtain national recognition and honors. This stimulated competition to find local solutions to local problems and resulted in millions of new and diverse economic entities. Successful local projects were scaled up, serving as models for larger projects that required more capital. As the economy was being opened to the world, success in provincial postings became a virtual requirement for attaining national political prominence.

The debate over which model—China’s or India’s—is better for building a modern economy is essentially an argument over the merits of top-down control versus those of evolutionary learning. Despite its achievements, an appreciation of the evolutionary logic of the Chinese growth model has not pervaded development practice and thinking. International institutions like the World Bank opted for large projects conceived at the headquarters that seek to replicate best practice, not multiple parallel experimentation adjusted to local variation. Simple cause-and-effect approaches that enable repeatable and predictable operations to be scripted into standard operating procedures is the rule. However, the competition for donor-funded projects does not optimize the local fitness of the recipients; rather than helping developing nations integrate into the global economy, the contest to obtain external assistance projects weakens the indigenous capacity for innovation and diverts local organizational capacity towards temporary solutions

The success of the two largest emerging economies, China and India, is due largely to the advantage of being too large to depend on external funding; their economic success can be attributed to their own efforts at discovering their own local optima, rather than imitating what donors judged to be global best practice.

You provide examples of strong economies that continue to grow, regardless of whether the state embraces liberal democracy. Brazil, Russia, India, and China, you point out, “rebuff limits on state sovereignty, such as the idea of interventionism to protect populations from abuses committed by their own governments.” You go on further to note that countries with a history of human rights abuses, such as Bolivia and Venezuela, can now bypass the West by trading directly with China. If the West’s ability to influence via economic stimulus is neutralized, where does this leave the fight for human rights?

The role of Western states as guardians of global human rights is being neutralized, left more to the global NGO community and to global public opinion. The Obama administration no longer cites human rights as one of the four essential missions of its foreign policy. This omission is largely a response to the diplomatic successes of both China and Russia in influencing world events and in reshaping coalitions among emerging states. Both are creating a network of alliances to protect the primacy of sovereignty from multilateral interventions and stymie the right to protect. Their influence takes many manifestations, such as Zimbabwe’s 2013 elections, which returned the ruling party to power, and were assessed as sound and fair by a consortium of African nations, for whom China had become the largest trading partner.

The economic success of nations like Turkey or India has not replicated the social trajectories of the first nations to modernize either. This suggests that economic modernization will not produce a convergence in global norms familiar to the West. Among the nations that have successfully modernized recently, few did so while making progress toward democracy.

The global competition for resources, along with the accelerating quest for economic modernization, seems to intensify divergence among political regime type, eliciting diverse patterns of social mobilization among emerging nations. In the new heighted state of global economic competition, both representative and authoritarian regimes are increasing their effectiveness in engaging the world economy.

The outcome of global economic competition will not be authoritarian regimes “absorbing” representative ones. Rather, the landscape that both regimes inhabit will be changed, and each will become more self-regarding, more narrowly focused on its own self –preservation, leaving the global commons with fewer defenders. The opaque entity “global civic society” will end up to be the sole defender of core human values.

As you note, China’s journey to adopt an open economy did not result in the embrace of liberal democracy that liberal idealists expected. You argue that China will continue to consult its own “playbook” rather than that of the West as it strives to grow in the future. Should the West, then, be doing more to modify its posture when dealing with China?

Economic expansion is currently straining China’s governance structures, but the country’s autocratic heritage is rich in governance alternatives that can forestall electoral democracy for long periods. China does not have to replicate the governance trajectory of the West to thrive as a modern state with effective sources of revenue, legitimacy, and internal order—enabling it to be an economy that engages successfully with the world.

China’s history is rich in examples of how to manage authoritarian development. It can make the existing institutional structure of government more inclusive, providing significant venues for social mobility while consolidating one-party rule, ensuring that all private interests and interest groups are subordinate to the state. It can balance economic efficiency with political authenticity by following a trajectory of bureaucratic inclusiveness, and continue to diverge from that of the liberal West.

The more the West tries to influence Chinese development by direct or indirect interventions, the more it risks pushing China away from experimentation in political reform. External hostility will vindicate the Communist Party’s refusal to experiment with governance alternatives that might cause internal instability. A China that is dissatisfied with interstate power balances is more likely to look backwards towards governance traditions from its history.

As you illustrate, nation-states are among the many players in today’s world economy, which now also includes firms, civil society, political parties, and social media. Do you believe this more inclusive network will help developing nations bridge the “rupture between the announced, formal goals of policy and the informal behaviors embedded in customs and beliefs”?

Indeed, networks do play a greater role in shaping global behavior and opinion; however, no basis exists to conclude that more inclusive network structures will result. Interconnectedness will enable local knowledge to become global, and global knowledge will reach remote individuals and groups, enabling new associations, affiliations, and affinities. But that heightened connectivity can take many forms.

Some networks will be sources of “positive linking,” to use Paul Ormerod’s phrase; they will be the enlightened seekers of public goods and transmitters of innovation. Other networks can harbor violators of individual rights who exert pressure to conform, impose group-think, persecute minorities, and be themselves susceptible to minority manipulation. Networks can also be decentralized adversaries that are not geographically fixed, hierarchically governed, or bureaucratically managed. Thus, they can turn asymmetries of power to their advantage and confront all corners of the globe with the potential for disaster.

The dynamics of network formation can vary from being very local to being global, from very specific to cross-cutting, from being formal to informal. Networks that arise locally, as most do, can change the balance between national elites and their domestic constituents. Yet the most powerful global networks will protect the wealth and status of their local elites, both from populist pressures at home and from domestic groups seeking greater transparency and accountability from their rulers. The rise of transnational elites is facilitated by increase in the sophistication of tax havens, a major specialization in the world economy that caters to the consolidation of networks of extreme wealth.

Networks can be all or none of the above. By their very nature, networks are volatile and may exhibit very different levels of stability over time. For better or worse, a world of networks triggers new connections to knowledge, influence, and ideas unrelated to prior social ties or to the status of the actor. As they grow, shrink, or reconfigure, they can trigger unanticipated responses. They can be catalysts of discontinuous change, causing cascades in the transmission of information, fads in manner and dress, but also unanticipated social action and extreme events.

We are only just beginning to uncover the appropriate tools for the analysis of the role networks will play in the complex system of global governance. A wide range of theories about social networks link structure to behavior, but we only at the beginning of being able to understand the relationships. There is one certainty: The greater the jump in network density, the more control from a central position in the network will be disabled. The flattening of global networks will nullify the most powerful organizing force in human history: hierarchy.