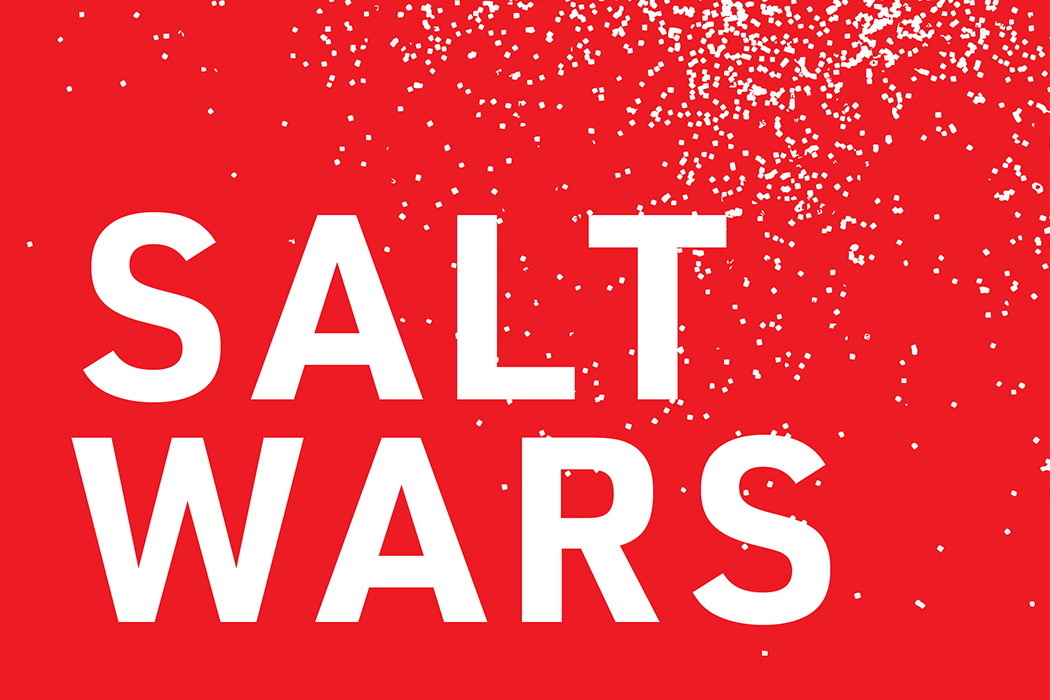 An excerpt from Salt Wars: The Battle Over the Biggest Killer in the American Diet by Michael F. Jacobson

Going on a healthier, lower-salt diet is, in theory, one of the easiest lifestyle improvements you could make. But the food environment conspires against you. Most packaged foods are loaded with salt. Even your taste buds conspire against you—they clamor for that salty taste. Still, if you want to lower your risk of cardiovascular disease, you can slash the sodium content of your diet. It’s worth noting that reducing sodium intake by one-third to one-half could prevent as many as 100,000 deaths each year. 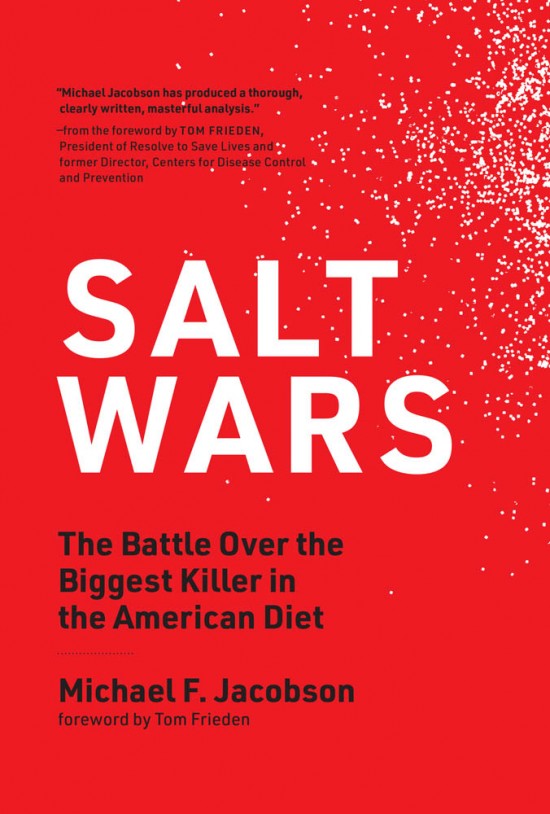 A good way to start reducing your sodium intake is to estimate how much sodium you consume. Tracking my own sodium intake was enlightening because it highlighted the hefty contribution of bread: I like to toast half a bagel in the morning, often eat a sandwich or two for lunch, and maybe have another slice at dinner—so bread provided a lot more than 6 percent—the national average—of my sodium. The supermarket brand of whole-wheat sandwich bread that I was eating had 135 mg of sodium in a 1-ounce slice. Altogether, bread was contributing over 700 mg of sodium to my daily diet—until I switched brands.

On packaged foods, the Nutrition Facts labels will tell you how many milligrams of sodium each serving contains. Just be sure to adjust the number if your own serving size differs (I often use a kitchen scale to measure how much I’m eating). And be aware of what sodium-related terms on packages mean. For instance, “reduced sodium” foods are not “low” in sodium but have at least 25 percent less than their conventional counterparts. Though companies don’t brag about it on labels, foods that contain 460 mg or more of sodium per serving are considered “high” in sodium.

It is easy to check labels at the grocery store and look for lower-sodium brands. The differences between brands are often startling. That provides clear evidence that many companies could reduce sodium levels dramatically—and that consumers could reduce their sodium intake dramatically—without rendering their foods unpalatable. And consuming the less-salty foods could gradually lower consumers’ preference for salty foods. For example:

Such comparisons indicate that cutting sodium consumption in half may not be so challenging.

If you do not have food labels handy, a new (and free) nutrition resource sponsored by the food industry can be found at www.SmartLabel.org. Many of the largest companies, as well as some smaller ones, contribute to that easy-to-use database, which provides information about nutrition, ingredients, allergens, and more. Some online shopping sites, such as www.Peapod.com and www.Walmart.com, also provide nutrition information for thousands of foods. The most comprehensive database is the US Department of Agriculture’s FoodData Central website, which provides the nutritional values of thousands of packaged and restaurant foods, as well as produce and other unprocessed foods.

Fortunately, consuming less salt gradually decreases one’s preference for salty foods and increases one’s enjoyment of lower-sodium foods. Gary Beauchamp of the Monell Chemical Senses Center, an expert on taste preferences, said that after getting used to less-salty meals, “things that used to taste just right now taste too salty, and things that used to taste not salty enough, taste just right.” (Beauchamp was a co-author of the 2010 report from the Institute of Medicine, now the National Academy of Medicine, on how to achieve a lower-sodium food supply.) Beauchamp and others at Monell found that people adjust to less-salty foods within two or three months, and they often end up preferring less-salty foods.

Some critics of reducing sodium contend that if manufacturers used less salt, consumers would simply use their handy salt-shakers to add back the missing salt—or add back even more. The 2005 “Dietary Guidelines for Americans” laid that concern to rest: “When consumers are offered a lower-sodium product, they typically do not add table salt to compensate for the lower sodium content, even when available.” Monell researchers found that after cutting the sodium content of specially prepared meals in half, people added back only 20 percent of what was removed.”

What’s the bottom line?  It is virtually impossible to rely mostly on processed foods and achieve a low- or even moderate-sodium diet. One solution is to reserve processed foods for special occasions, or for days when you just can’t face cooking from scratch. But the best way to lower your sodium intake is to replace processed with unprocessed “whole” foods and prepare low-sodium, delicious meals at home.

Adapted excerpt from Salt Wars: The Battle Over the Biggest Killer in the American Diet by Michael F. Jacobson © 2020 Center for Science in the Public Interest.