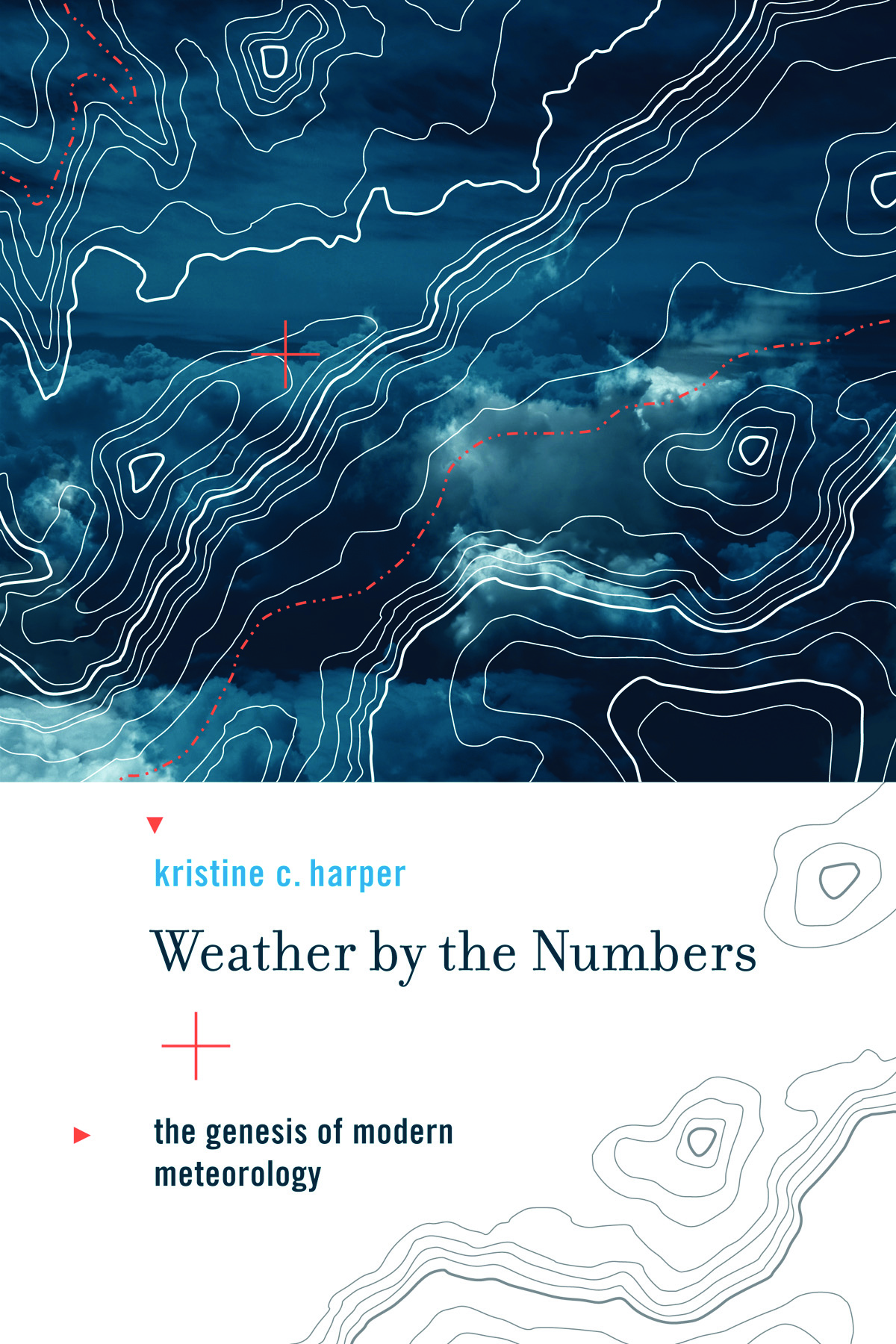 With Saturday serving as “World Meteorological Day,” we are commemorating the occasion with a look at Kristine C. Harper’s Weather by the Numbers,a book that details the transformation of meteorology in the 20th century from an unrespected “guessing science” into a complex scientific discipline based on mathematical calculation and advanced computer models.

As Harper states in the introduction to Weather by the Numbers, “early twentieth-century meteorologists would be amazed by today’s practice of their science.”  This is because, just prior to World War II, meteorology was a primitive field filled with more questions than answers.

Indeed, the Weather Bureau’s (now known as the National Weather Service) initial duty was to provide agricultural forecasts that largely served local American farmers.  In the first few decades of the 20thcentury, meteorology was an imprecise science. It generated little professional scientific attention and was mostly absent from academic institutions and classrooms across the country.  According to Harper, a survey of over 600 American colleges in 1919 revealed that 84 percent of these colleges did not offer individual courses in meteorology.  Even in 1939, only five Weather Bureau employees possessed meteorology degrees.

The rise of aviation before and during World War II forced the military to seek improved meteorological expertise, however, with the Navy especially pushing for improved knowledge of the weather and encouraging graduate education in meteorology.  In 1928, the first graduate program in meteorology was established at MIT, while similar programs at NYU and Caltech would follow in the next decade.  This new academic emphasis on meteorology led to a significant boost in the number of well-trained meteorologists who were ready to advance the discipline by the time World War II arrived.

The military’s need for dependable weather forecasting during the war continued this influx of high-level meteorological training, as the army began holding accelerated meteorology training courses at MIT in June of 1940.  In December 1941, when the United States entered the war, the Army Air Force had 400 weather officers and 2,000 enlisted weathermen at their disposal.  By early 1945, the AAF had 4,500 officers and nearly 15,000 enlisted weathermen.

With all these newly trained professionals, the arrival of the first computer just after the war’s denouement only aided meteorologists who hoped to expand the scope of the field.  The newfound power of the computer helped improve human ability to predict and forecast the weather in the postwar period.  Over the next decade, meteorologists from the academic world, the Weather Bureau, and the military (as well as abroad) worked towards developing a theory of atmospheric motion that could be programmed into the computer.  With all these professionals now capturing and recording meteorological data throughout the world, meteorologists were able to create computer models of increasing complexity to forecast the weather.

By 1955, as human knowledge of atmospheric science grew, the world’s leading meteorologists directed a widespread effort at numerical weather prediction, which culminated in 1955 with the first 12- and 24-hour weather forecasts from computer models.  The ultimate consequence of numerical weather prediction, as Harper writes, was the transformation of “meteorology from a marginal scientific backwater to a rigorous science at the forefront of scientific discourse within 20 years.”