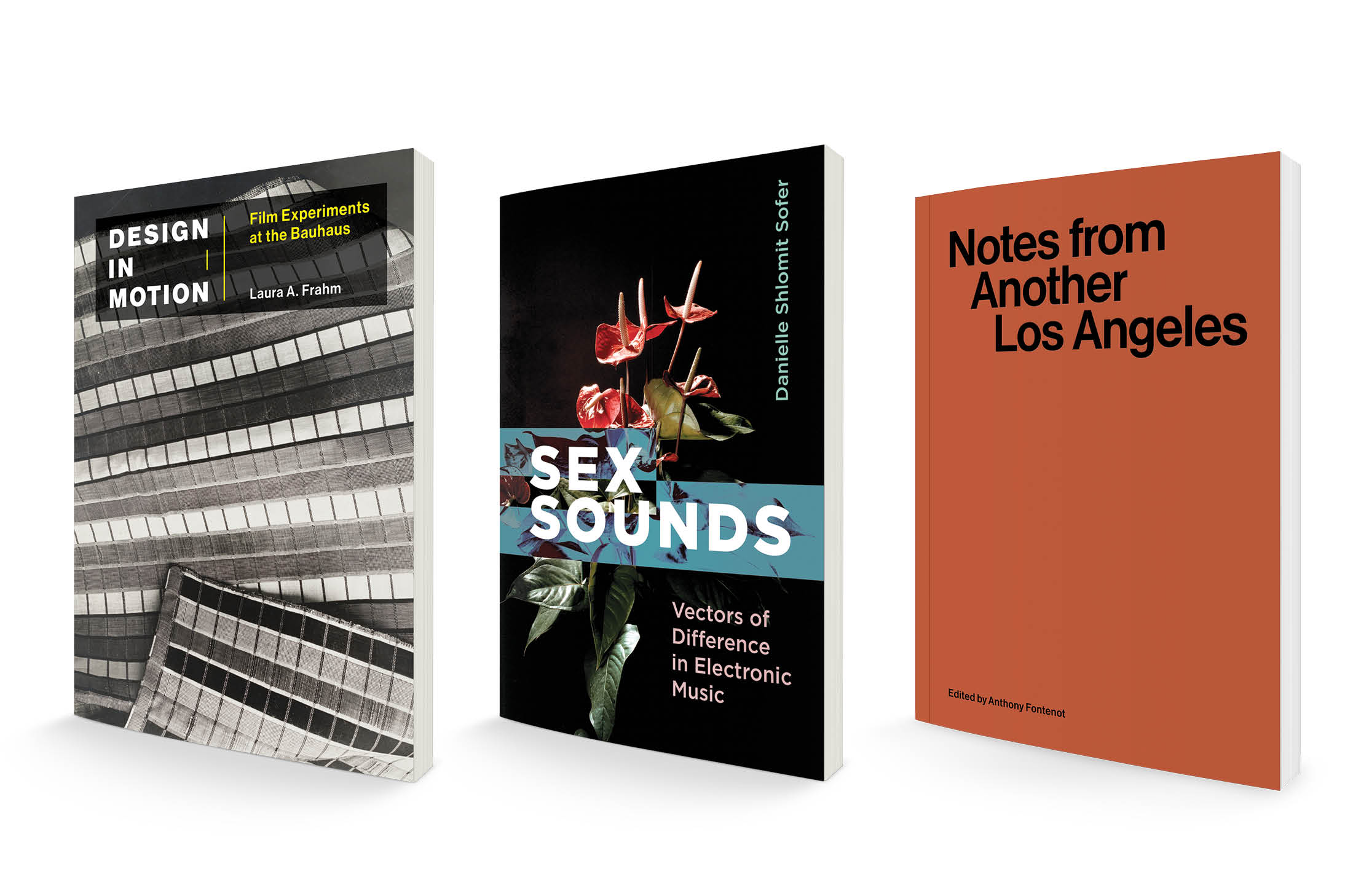 Explore a selection of our most anticipated new releases for July

This month: a history of film at the Bauhaus; an investigation of sexual themes in electronic music; a paperback focusing on California architect Gregory Ain’s housing projects; and more. Explore these and a selection of our other new and soon-to-be-published titles below.

Bounded rationality recognizes that human behavior departs from the perfect rationality assumed by neoclassical economics. In this book, Sanjit Dhami and Cass R. Sunstein explore the foundations of bounded rationality and consider the implications of this approach for public policy and law, in particular for questions about choice, welfare, and freedom. The authors, both recognized as experts in the field, cover a wide range of empirical findings and assess theoretical work that attempts to explain those findings.

Design in Motion: Film Experiments at the Bauhaus by Laura A. Frahm

With Design in Motion, Laura Frahm proposes an alternate history of the Bauhaus—one in which visual media, and film in particular, are crucial to the Bauhaus’s visionary pursuit of integrating art and technology. In the first comprehensive examination in English of film at the Bauhaus, Frahm shows that experimentation with film spanned a range of Bauhaus practices, from textiles and typography to stage and exhibition design. Indeed, Bauhausler deployed film as an adaptable, elastic “polymedium,” malleable in shape and form, unfolding and refracting into multiple material, aesthetic, and philosophical directions.

“This beautifully imaginative, fresh take on modernism’s signal art school establishes film as the Bauhaus’s most inspired medium, one fit for the machine age, as well as its most powerful metaphor, which encapsulated the school’s emphasis on movement, process, and flexible design.” —Elizabeth Otto, SUNY Buffalo

The Squares: US Physical and Engineering Scientists in the Long 1970s by Cyrus C. M. Mody

In The Squares, Cyrus Mody shows how, between the late 1960s and the early 1980s, some scientists and engineers who did not consider themselves activists, New Leftists, or members of the counterculture accommodated their work to the rapidly changing social and political landscape of the time. These “square scientists,” Mody shows, began to do many of the things that the counterculture urged: turn away from military-industrial funding, become more interdisciplinary, and focus their research on solving problems of civil society. During the period Mody calls “the long 1970s,” ungroovy scientists were doing groovy science.

“The Squares sheds new light on the subtle politics of engineers and scientists in the ‘long’ 1970s. Informative, entertaining, and inspiring.” —Andrew L. Russell, SUNY Polytechnic Institute; coauthor of The Innovation Delusion

You might also like Hidden in Plain Sight: The History, Science, and Engineering of Microfluidic Technology by Albert Folch

Notes from Another Los Angeles: Gregory Ain and the Construction of a Social Landscape edited by Anthony Fontenot

The Southern California architect Gregory Ain (1908–1988) collaborated with some of the most important figures of midcentury design, including Rudolph Schindler, Richard Neutra, and Charles and Ray Eames, and yet remains relatively unknown. Perhaps one reason for this anonymity is that although he designed private homes for wealthy liberals, Ain was more interested in finding ways to produce high-quality, low-cost houses in well-designed neighborhood settings for working-class families. This is the first book to examine the innovative housing projects that synthesized Ain’s architectural and political ideals.

In Sex Sounds, Danielle Shlomit Sofer investigates the repeated focus on sexual themes in electronic music since the 1950s. Debunking electronic music’s origin myth—that it emerged in France and Germany, invented by Pierre Schaeffer and Karlheinz Stockhausen, respectively—Sofer defines electronic music more inclusively to mean any music with an electronic component, drawing connections between academic institutions, radio studios, experimental music practice, hip-hop production, and histories of independent and commercial popular music. Through a broad array of detailed case studies—examining music that ranges from Schaeffer’s musique concrète to a video workshop by Annie Sprinkle—Sofer offers a groundbreaking look at the social and cultural impact sex has had on audible creative practices.

“Compulsively readable, Sex Sounds deftly explores what we’ve always taken for granted but never paused to consider in so much historical and technological richness: why exactly is music sexy? It’s a tremendous achievement.” —Karen Tongson, author of Why Karen Carpenter Matters and Relocations: Queer Suburban Imaginaries

You might also like Of Sound Mind: How Our Brain Constructs a Meaningful Sonic World by Nina Kraus

In case you missed it, explore our June releases:

The Amish are famous for their disconnection from the modern world and all its devices. But, as Lindsay Ems shows in Virtually Amish, Old Order Amish today are selectively engaging with digital technology. The Amish need digital tools to participate in the economy—websites for ecommerce, for example, and cell phones for communication on the road—but they have developed strategies for making limited use of these tools while still living and working according to the values of their community. The way they do this, Ems suggests, holds lessons for all of us about resisting the negative forces of what has been called “high-tech capitalism.”

You might also like Robot Sex: Social and Ethical Implications edited by John Danaher and Neil McArthur

Explore more of the MIT Press’s new and upcoming releases