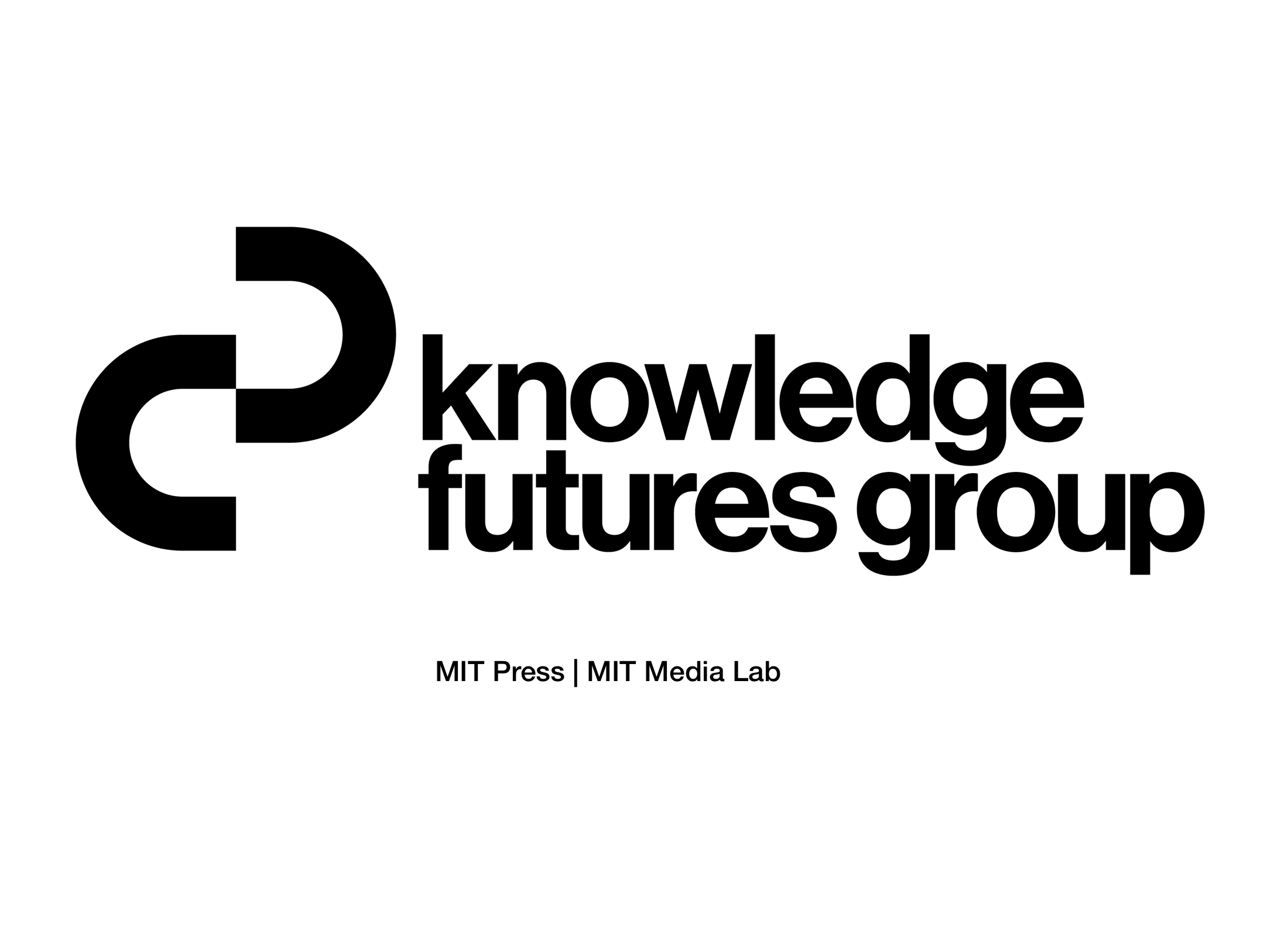 The MIT Press announced today the launch of the Knowledge Futures Group (KFG), a first-of-its kind collaboration between a leading publisher and a world-class academic lab to transform how research information is created and shared.

This joint initiative of the MIT Press and the MIT Media Lab seeks to redefine research publishing from a closed, sequential process, into an open, community-driven one. The goal is to develop and deploy technologies that form part of a new open knowledge ecosystem, one that fully exploits the capabilities of the Web to accelerate discovery and the transmission of knowledge.

The effort has thus far received $1.5 million for its initial year of operation, through the generous support of Reid Hoffman, co-founder of LinkedIn and a member of the MIT Media Lab’s Advisory Council; smaller project-specific gifts from Siegel Family Endowment, the John S. and James L. Knight Foundation, the Alfred P. Sloan Foundation, and Protocol Labs; and several individual donors.

“I am supporting this effort because I believe our future depends on how effectively we can combat the spread of misinformation and democratize access to trustworthy, verifiable sources of information,” says Hoffman. “It is imperative that we must move quickly toward a more open system of knowledge creation and sharing.”

Several months ago, Media Lab Director Joi Ito, and MIT Press Director Amy Brand, began exploring the creation of an incubator at MIT for tools and technologies that enable a more open model of research. “We’ve created this space for pure experimentation,” said Brand, “and we’ve already seen the benefits of sharing ideas between our core publishing groups and the KFG in innovative projects like Frankenbook, JoDS, and our Works in Progress Open Access book community. We believe these examples are just the beginning of what will come from continued testing, development, and cross-collaboration.”

According to Ito, who is also a member of the MIT Press Management Board, “Our publishing models need to get better at aligning academic incentives with societally beneficial outcomes. We’d also like to serve as a model for others of what institutional ownership of this essential infrastructure looks like and how it can succeed at amplifying the impact of investment in basic research.”

“Promoting the efficient and equitable dissemination of research information has never been more urgent,” said Terry Ehling, director of strategic initiatives at the MIT Press, who also serves as managing director of the Knowledge Futures Group. “The Press is in a unique position among mission-driven publishers to take a disciplined and transparent approach to open collaboration and experimentation.”

One of the KFG’s first projects is PubPub, an open authoring and publishing platform developed by Travis Rich and Thariq Shihipar while they were graduate students at the Media Lab. The platform socializes the process of knowledge creation by integrating conversation, annotation, and versioning into a digital publication. The KFG is also incubating the Underlay, an open, distributed knowledge store conceived by Danny Hillis and Sam Klein, and being developed with Joel Gustafson. The Underlay is architected to capture, connect, and archive publicly available knowledge and its provenance.

The initiative will be based in close proximity to both the MIT Media Lab and MIT Press at the Cambridge Innovation Center in Kendall Square.

The MIT Press is a leading publisher of books and journals at the intersection of science, technology, and the arts. Since its founding in 1962, the MIT Press has been changing the rules of engagement between academic authors and their readers. Reflecting and amplifying the values of an educational institution that places a premium on experimentation, invention, and open information access, the MIT Press was one of the first publishers to exploit the potential of the internet and has influenced the development of new interdisciplinary fields.

About the Media Lab

The MIT Media Lab is an antidisciplinary research lab that encourages the unconventional mixing and matching of seemingly disparate research areas.

For over 30 years, Media Lab researchers have anticipated and created technologies to make our lives safer, cleaner, healthier, fairer, and more productive. The Media Lab’s research leverages the best that technology has to offer and connects technology back to the social and the human. Current research at the Lab examines the deeper implications of where technology creation and adoption has led us—and where we want to go next.